Katty contacted me for engagement pictures and we used KakaoTalk to talk about different ideas. After sending a ton of messages back and forth, we finally decided on going to Bukchon Hanok Village and Myeongdong. We were both hoping there would be a lot of snow, but all we had were leftovers. We managed to find an empty field that had a small patch of snow and used that area to make it look like there was a lot of snow. It’s a good thing you can crop pictures because from far away that small patch looked very ugly! It was obvious Katty and Gavin had never been in a snow fight before, so I had them make snowballs and throw them at each other. Later that night we went to Myeongdong for some fun crowd shots. I could overhear people saying, “I think they’re celebrities!” The last shot of the night was in middle of a busy street on a red light. We had to run back and forth a few times to get the shot right, but it was well worth it! Katty & Gavin – I had a blast taking your pictures and hope we can meet again in the future! 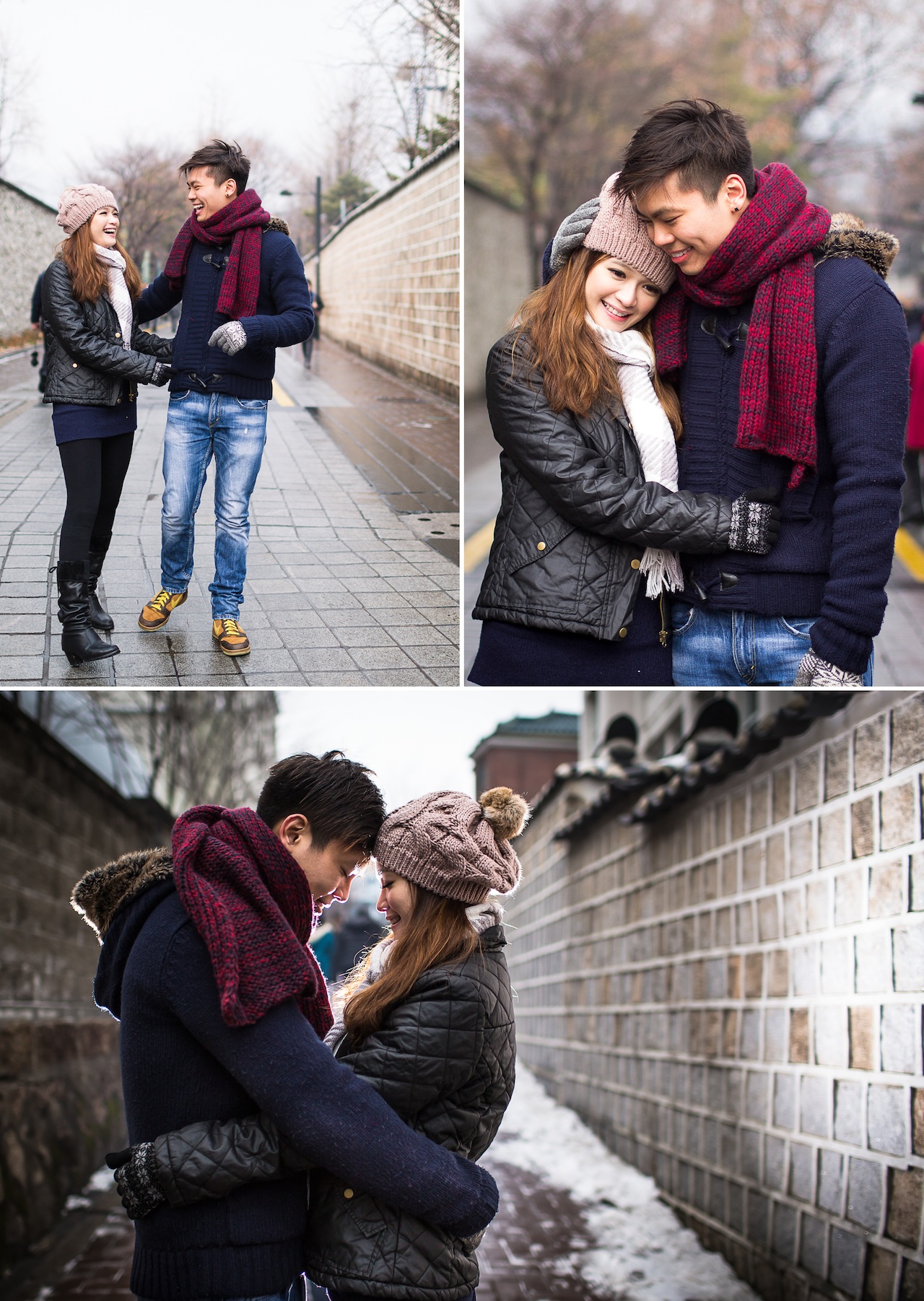 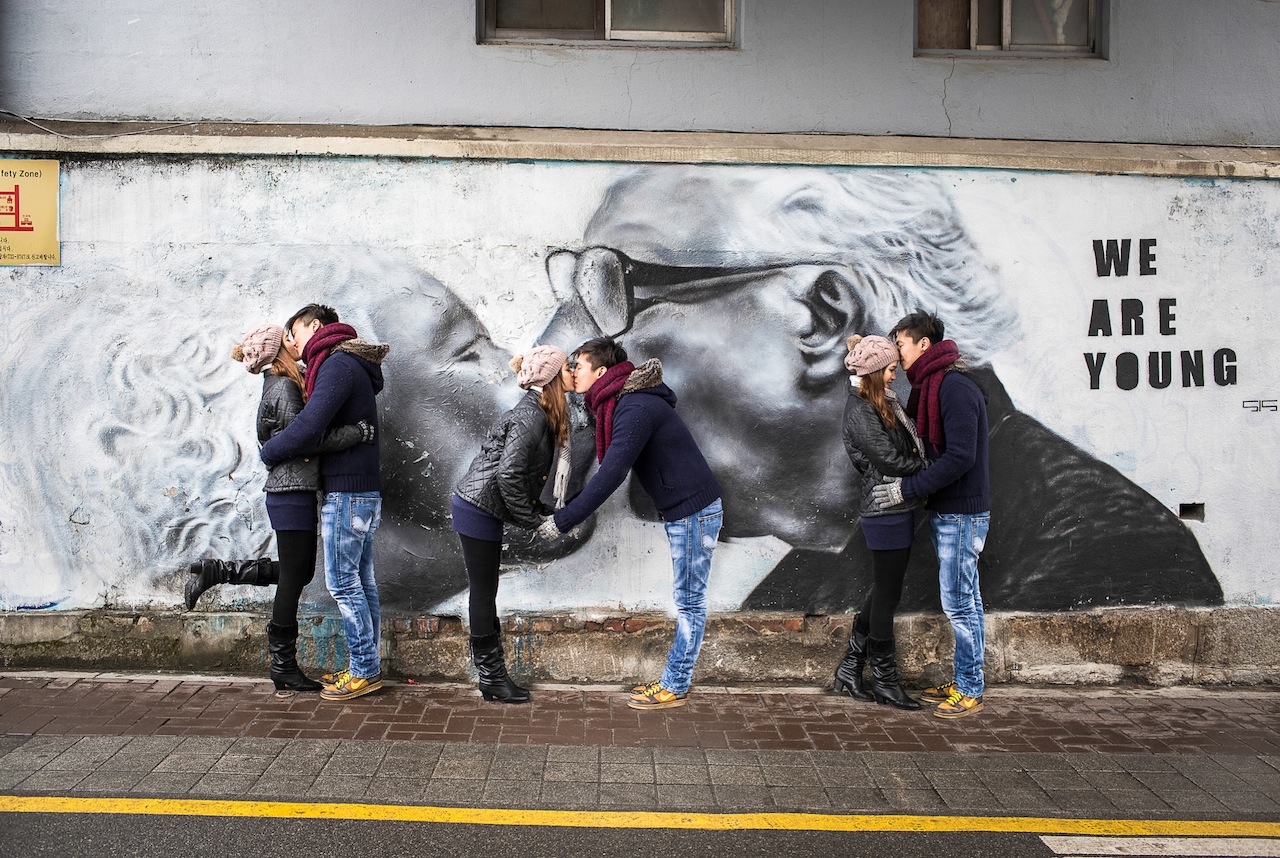 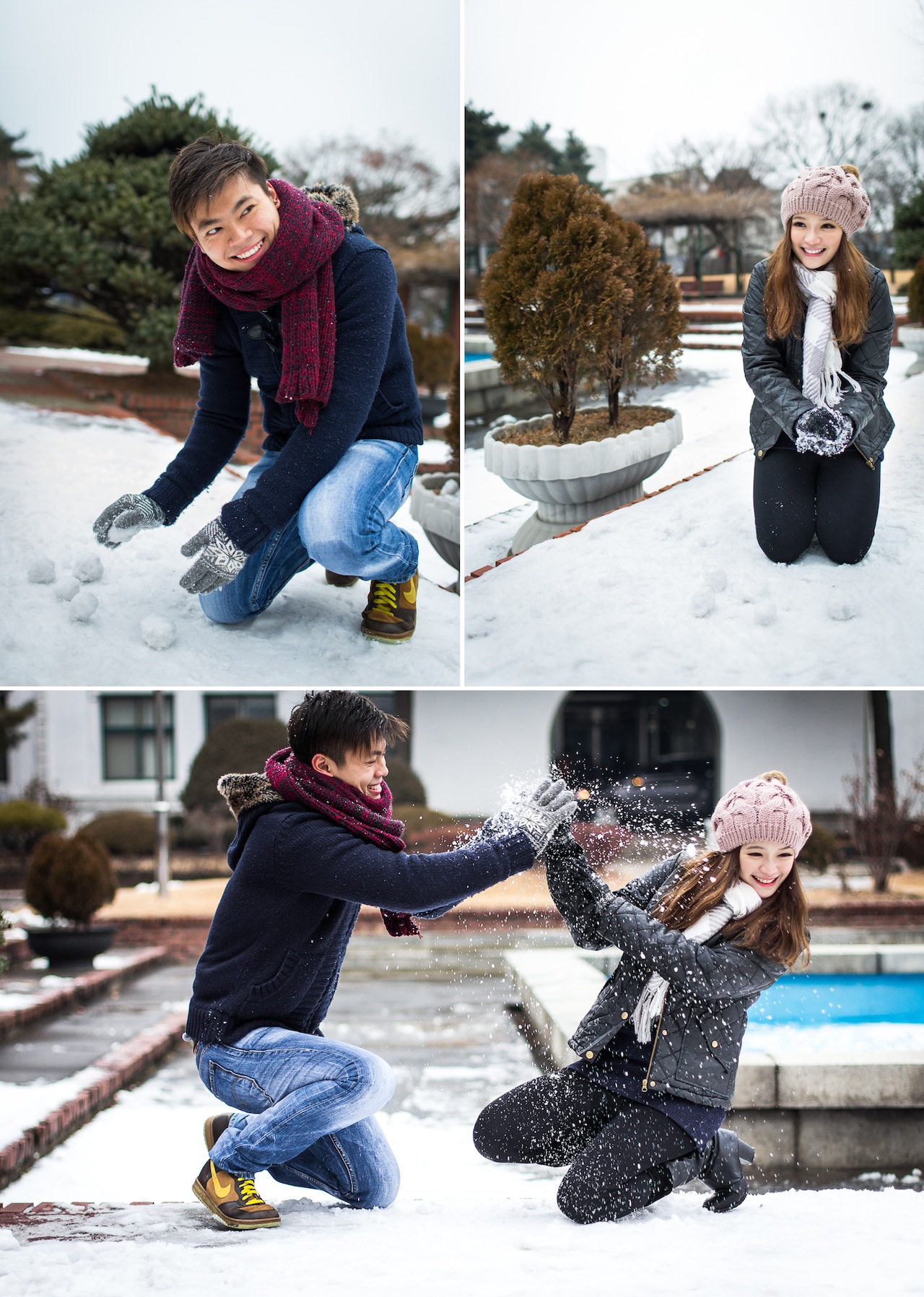 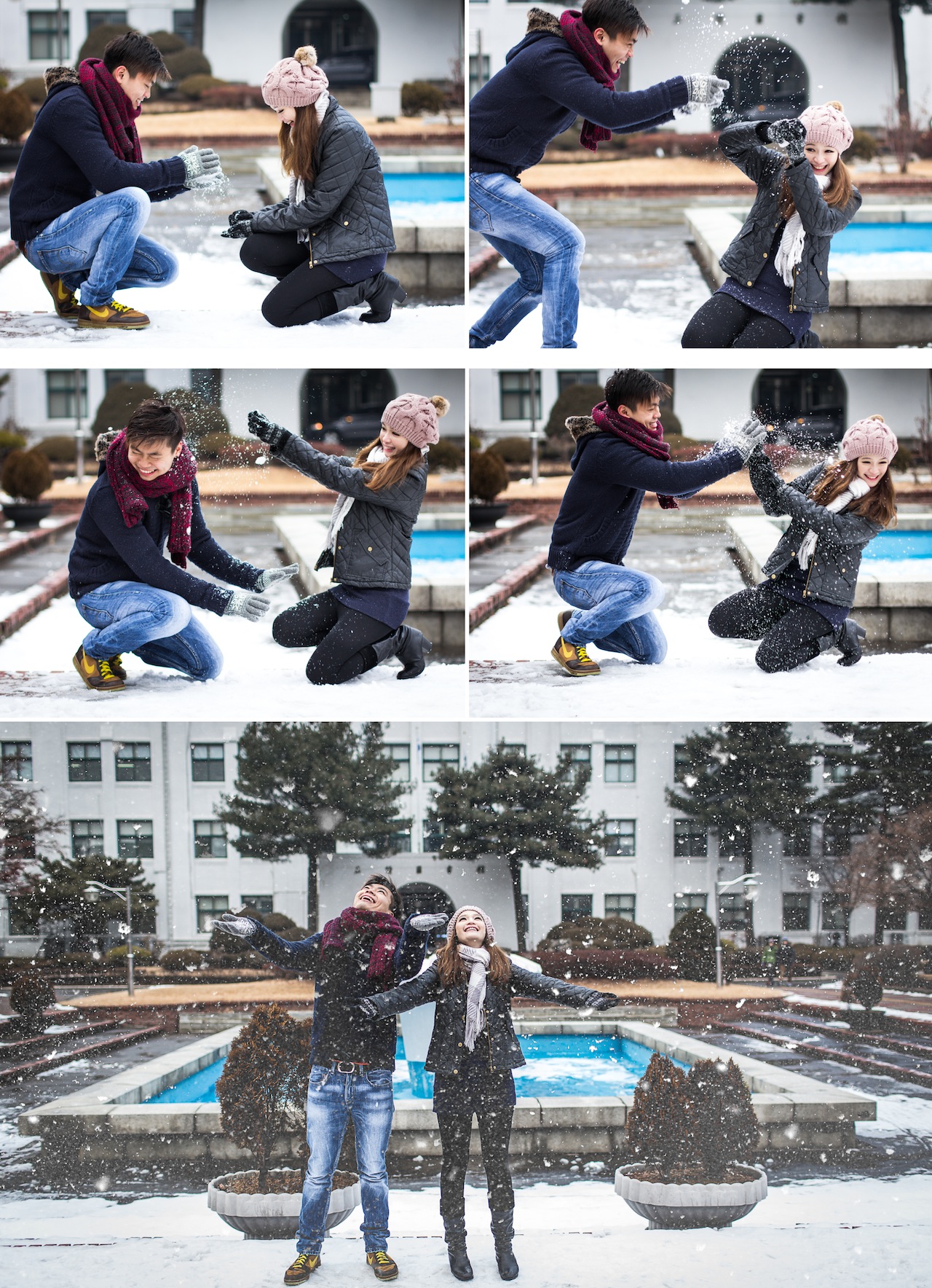 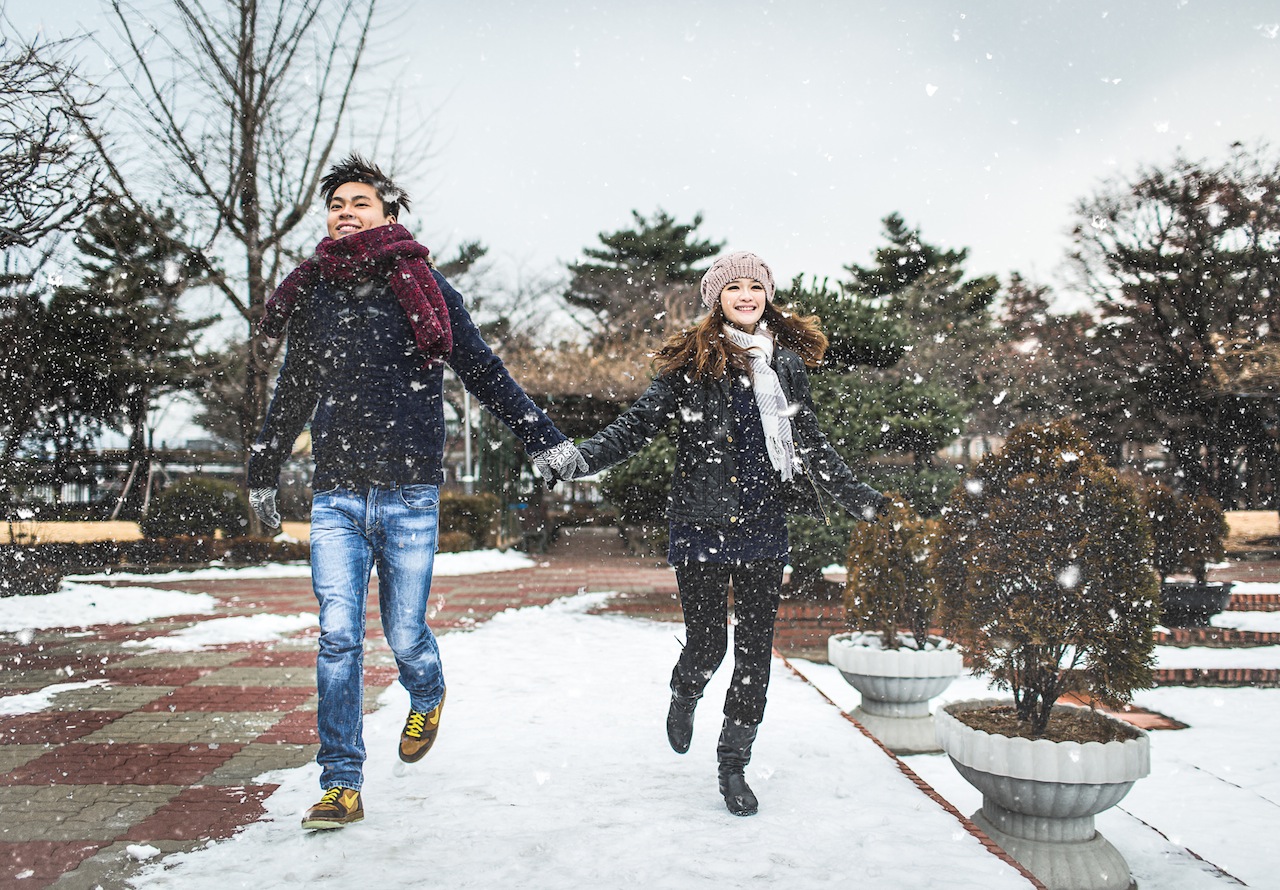 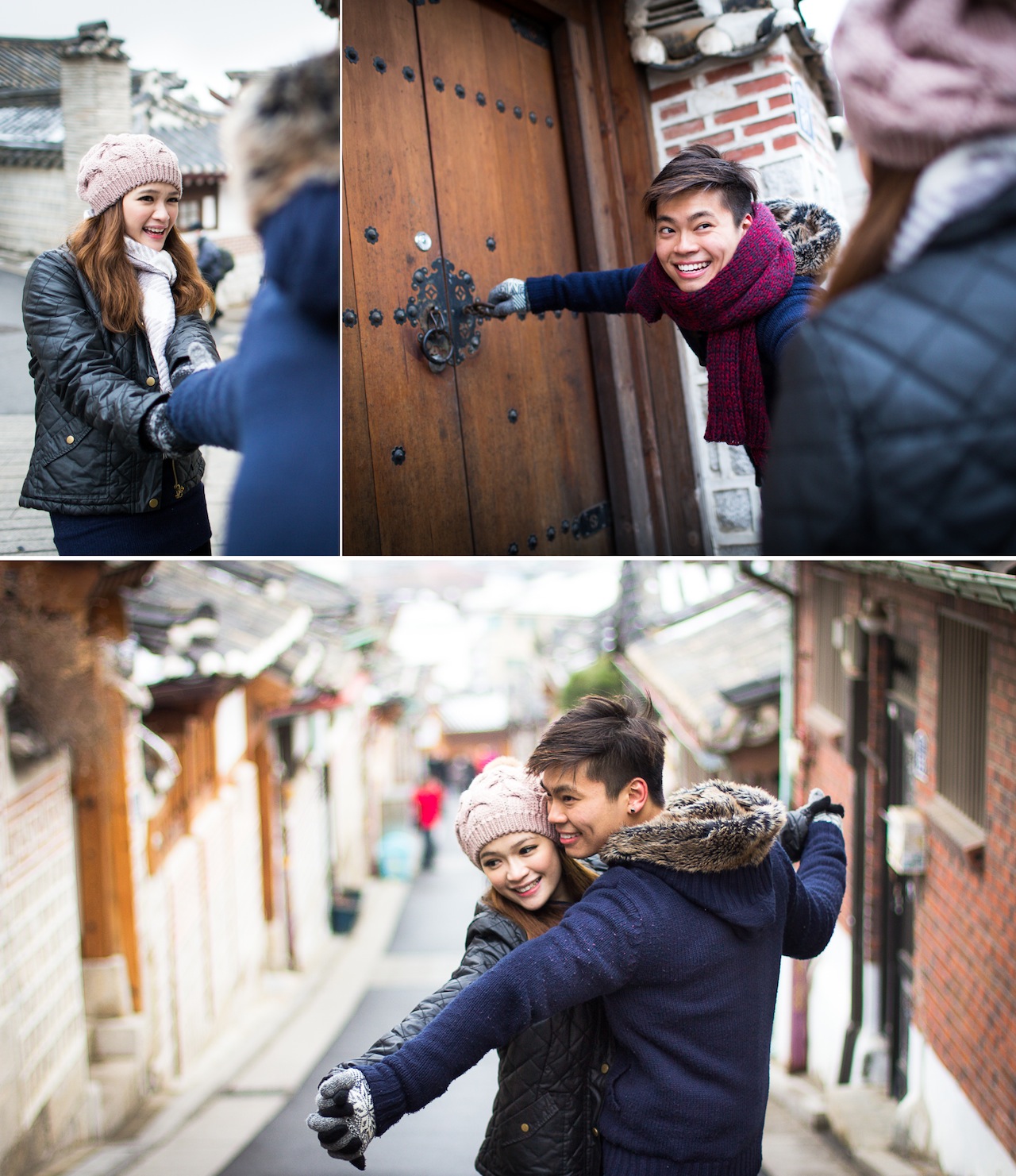 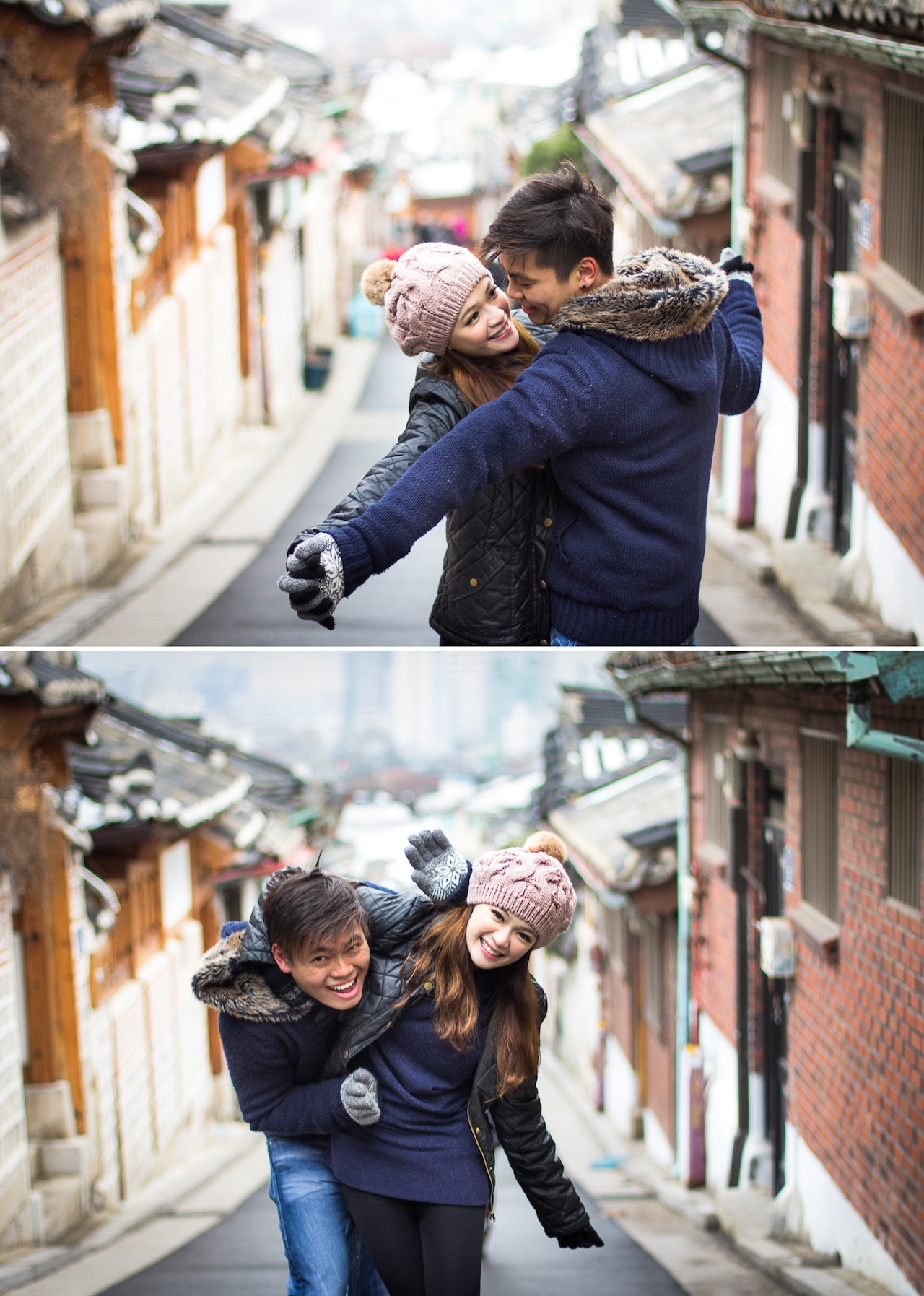 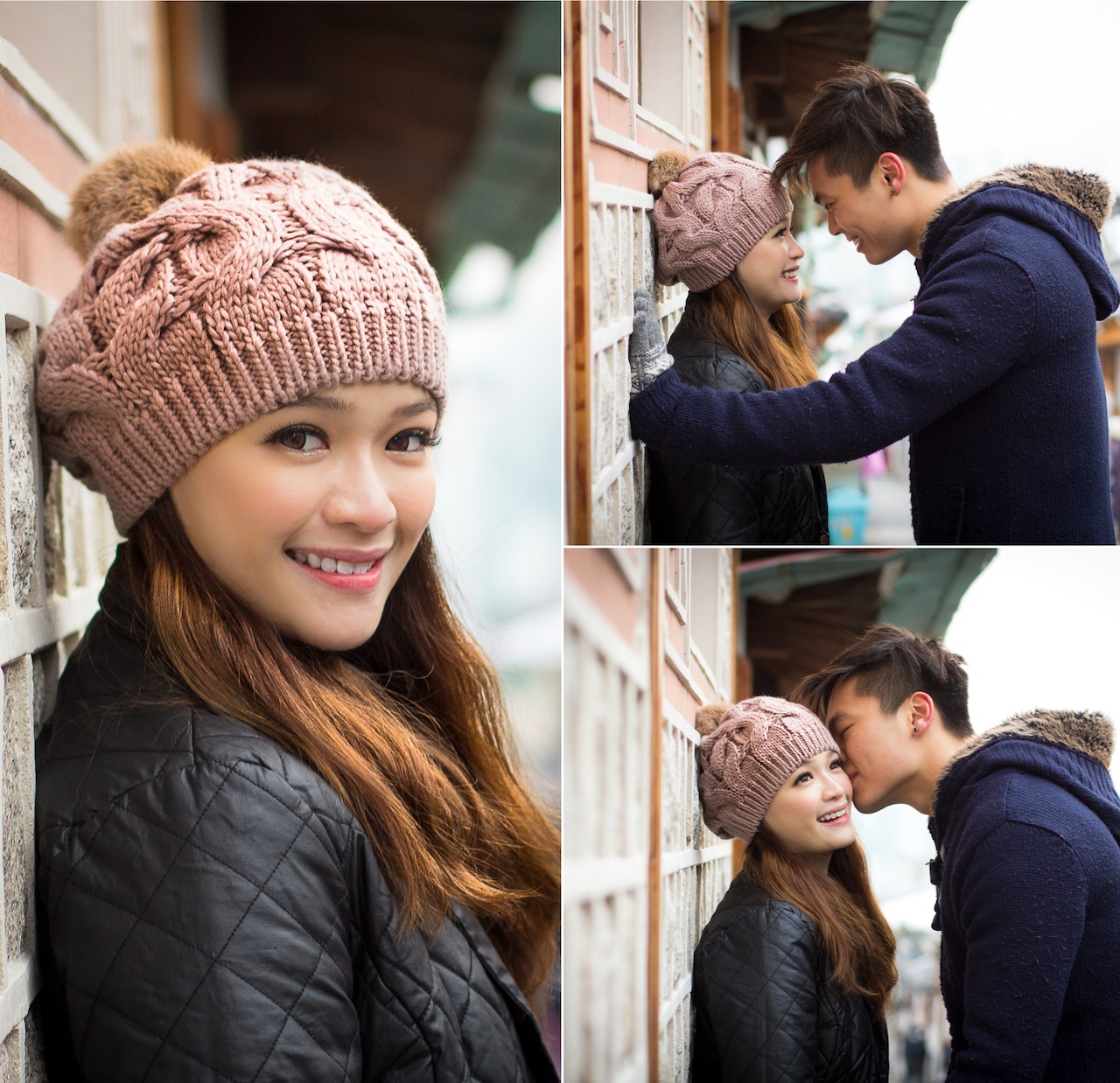 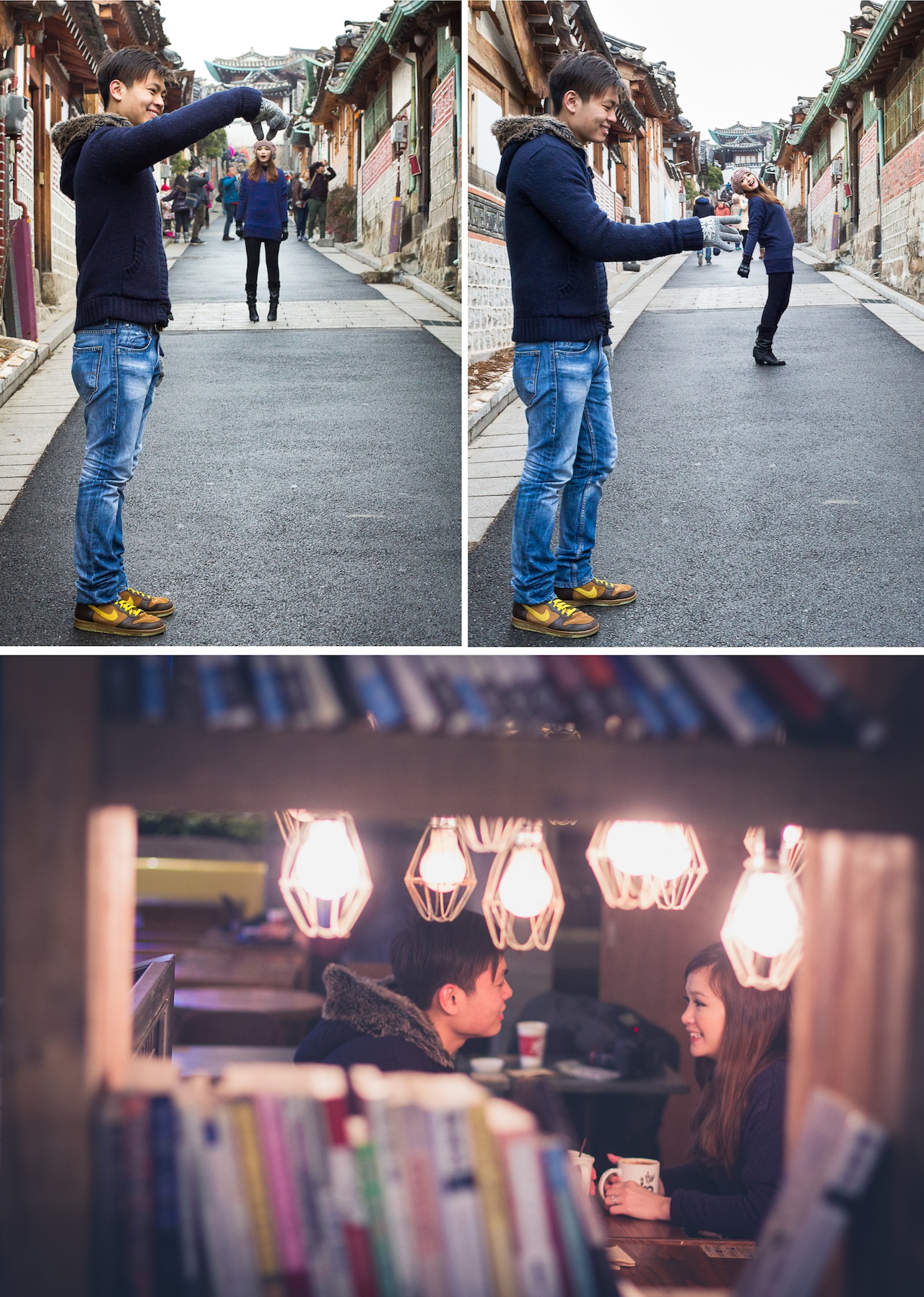 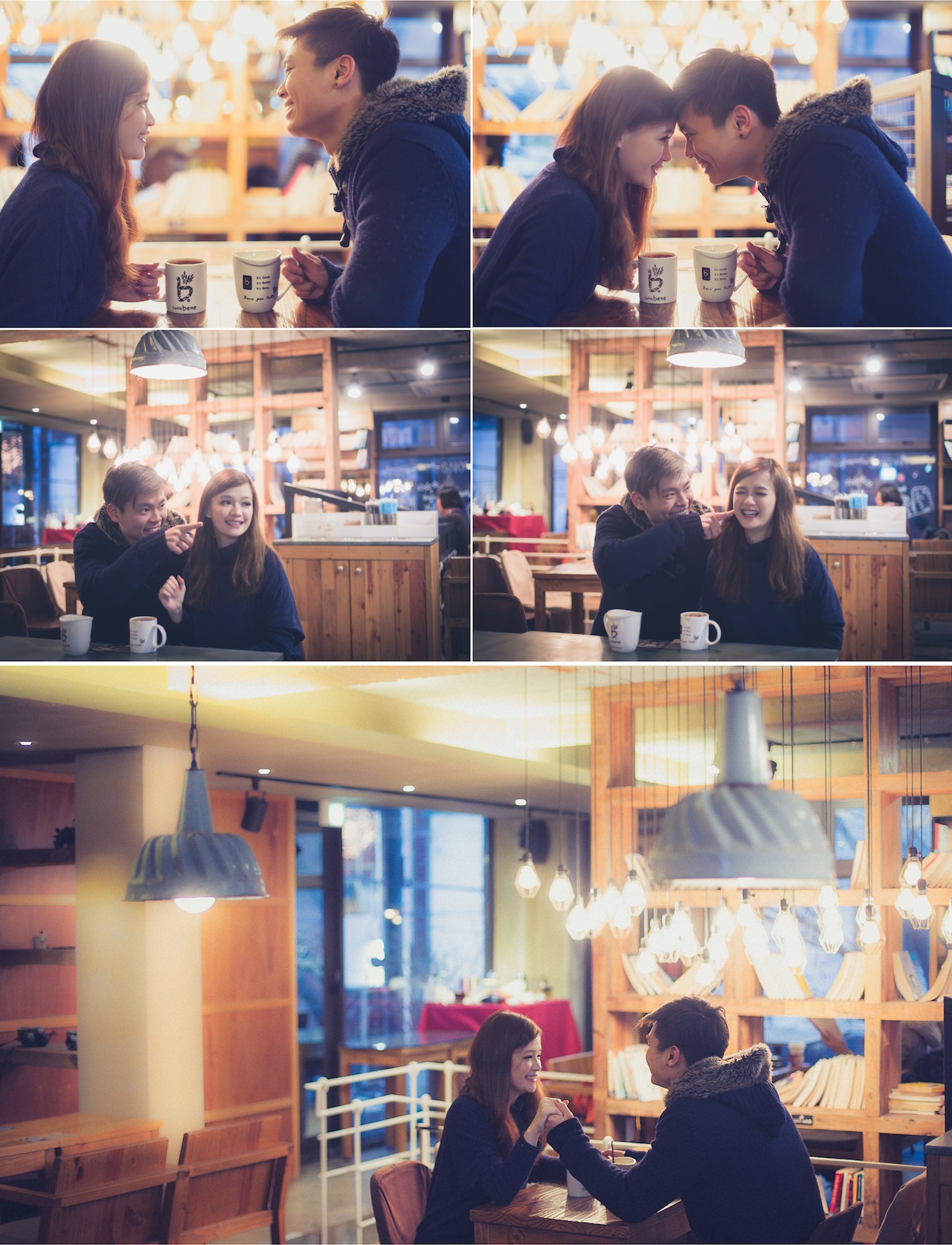 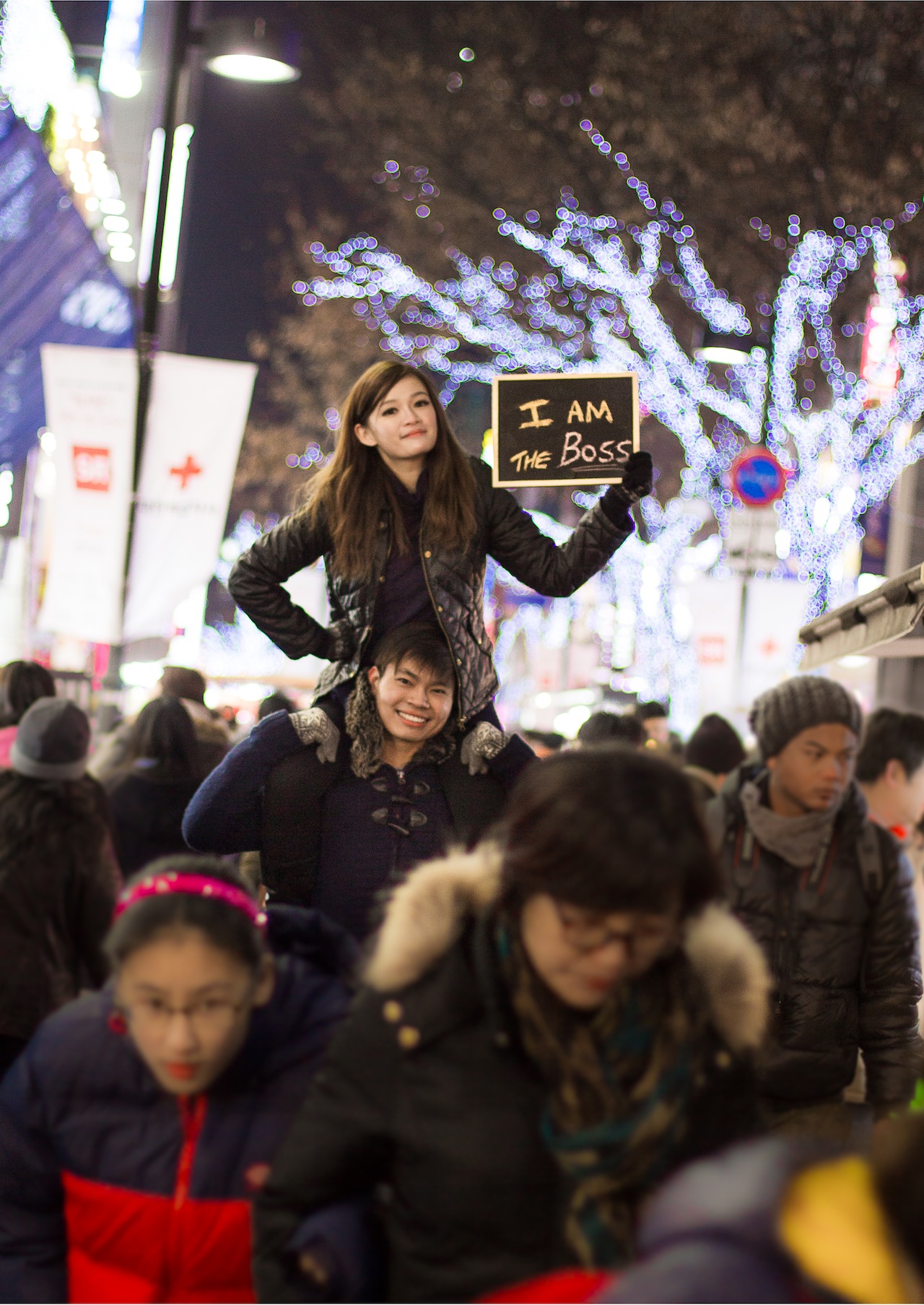 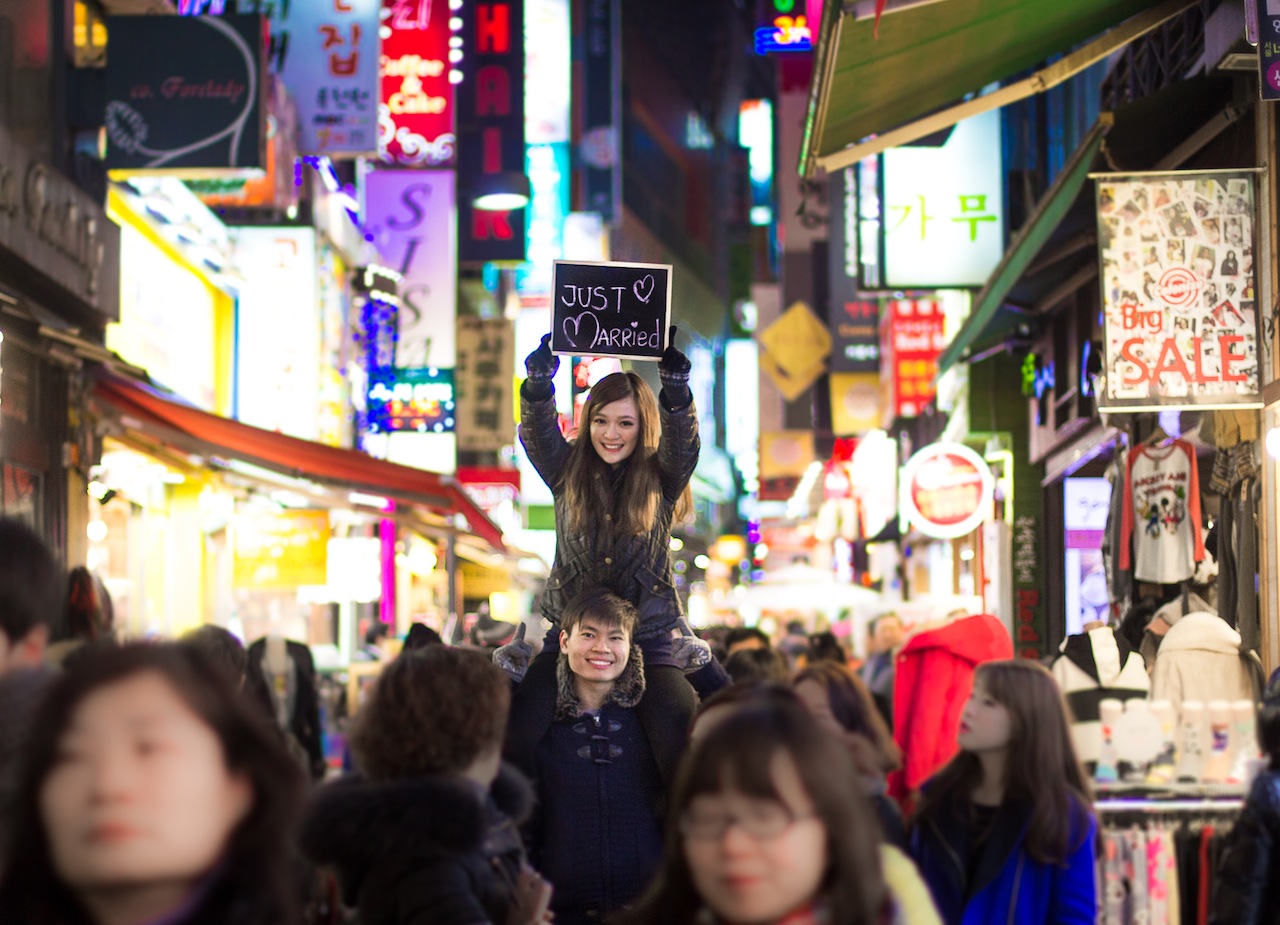 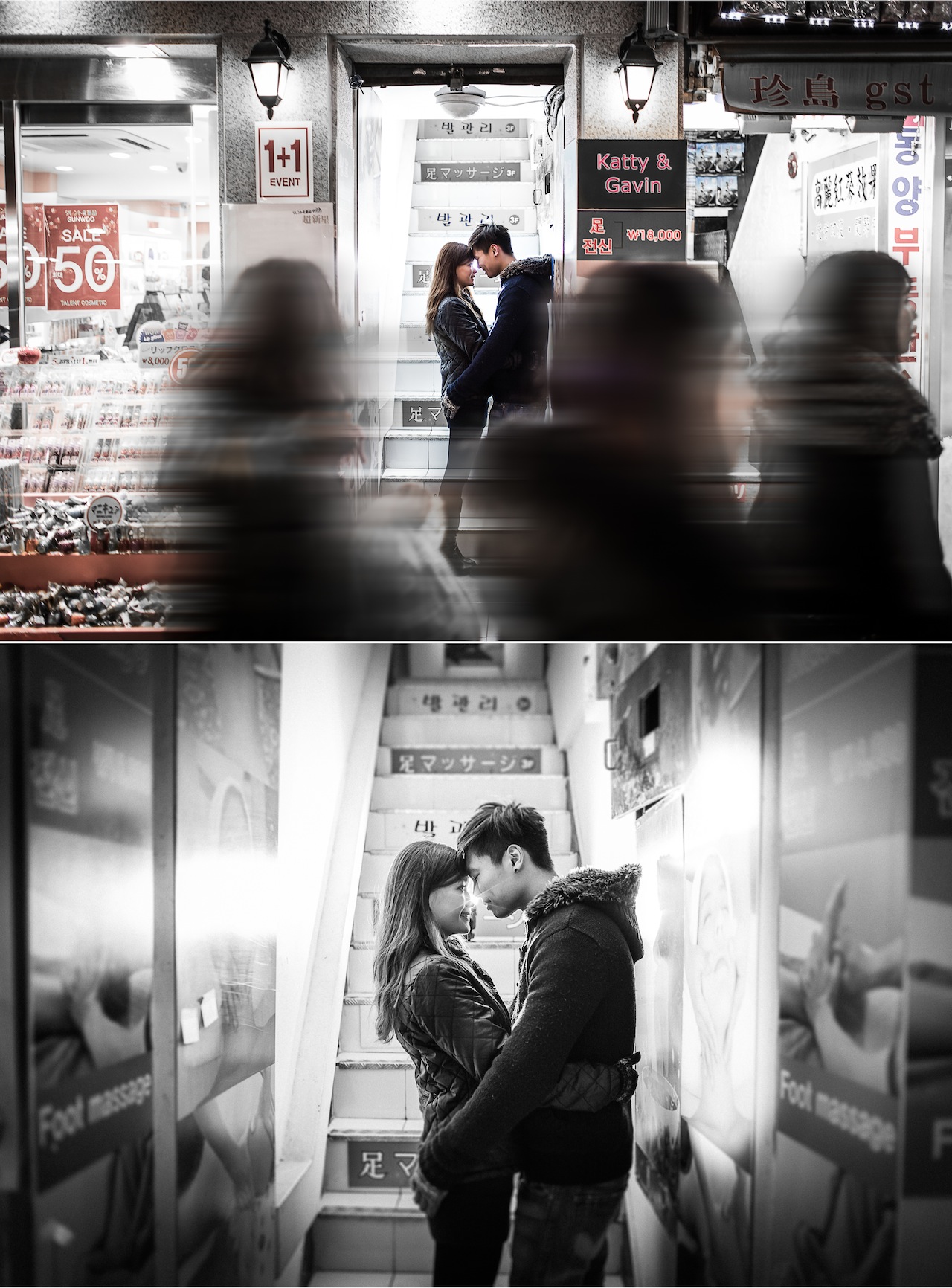 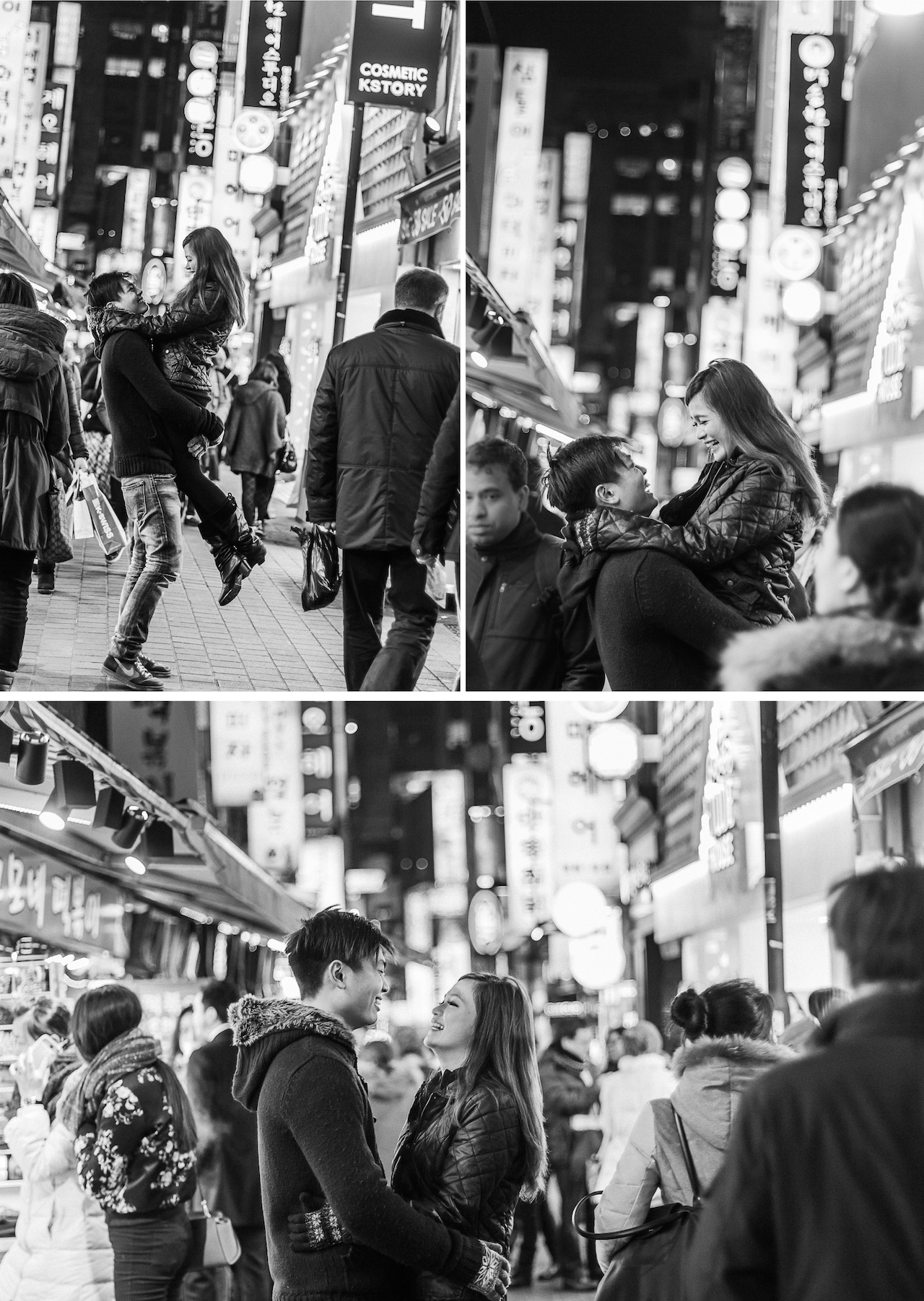 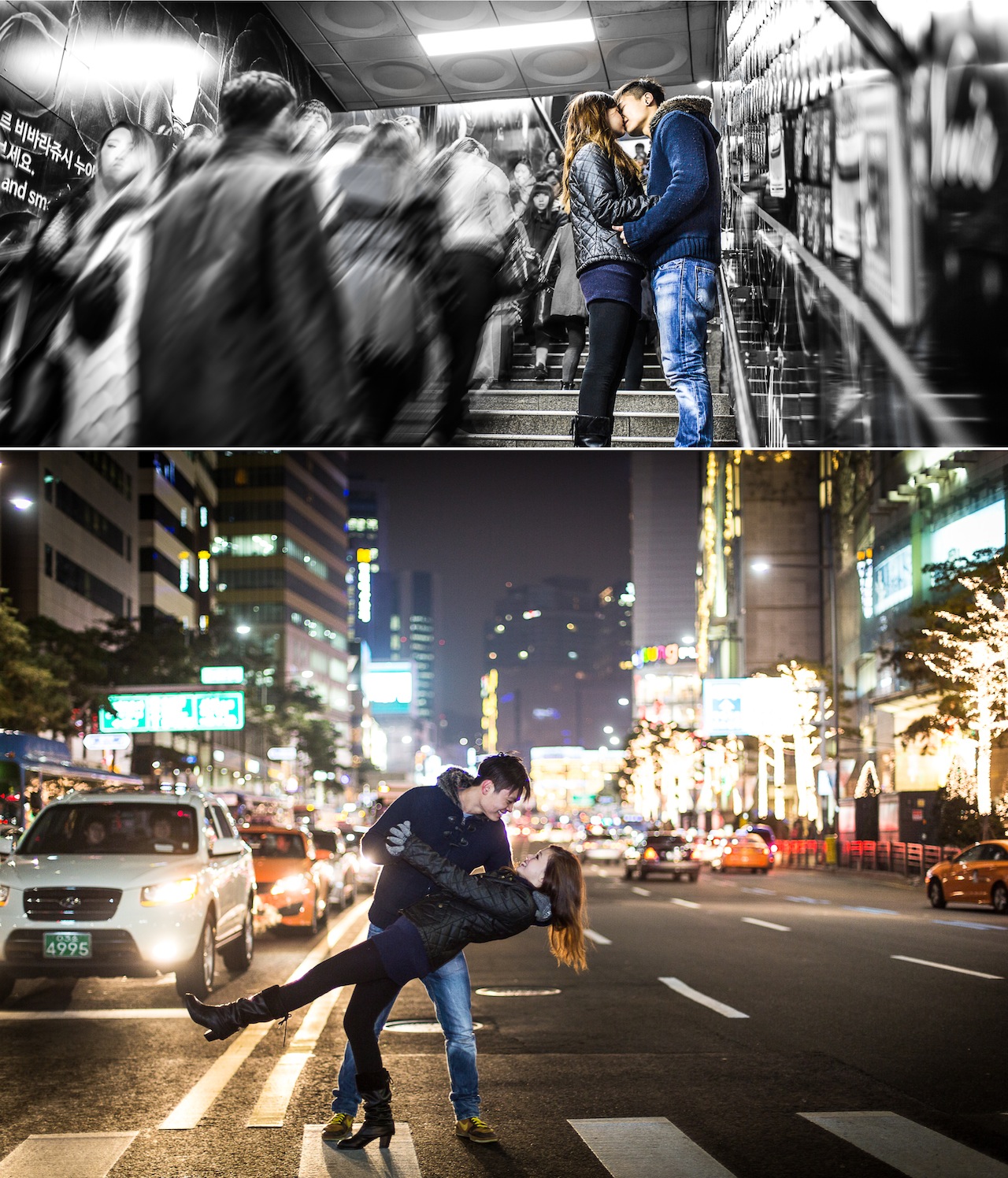