Last Christmas I ran a promotion and gave away a free couple portrait session to a lucky couple. The winner was supposed to be determined by a lucky drawing, but many of the people who participated misunderstood the requirements and thought I was selecting a winner based on who could provide the best reason for deserving the free session. As a result of the confusion, I decided to choose one random winner based on a drawing and one winner based on the reason. There were lots of deserving couples, but in the end, I went with Youjeong & John. At the time of the drawing, Youjeong was preparing for a humanitarian aid project to Africa. Meanwhile, John was heavily involved in supporting his church’s music ministry. This meant the two of them barely had time to see each other. Youjeong wanted to have pictures to take with her to Africa since she would be separated from John for more than a year. I was thrilled and more than willing to give a free photo session to a couple that was also serving the community around them. The two of them had never taken pictures before, but all of us had a great time. The best part was it was snowing during their session! It ended up turning into a perfect winter-themed romantic photo session. Youjeong is in Africa already and John is still in Korea. I hope the two of you enjoy these pictures and survive the long distance relationship! 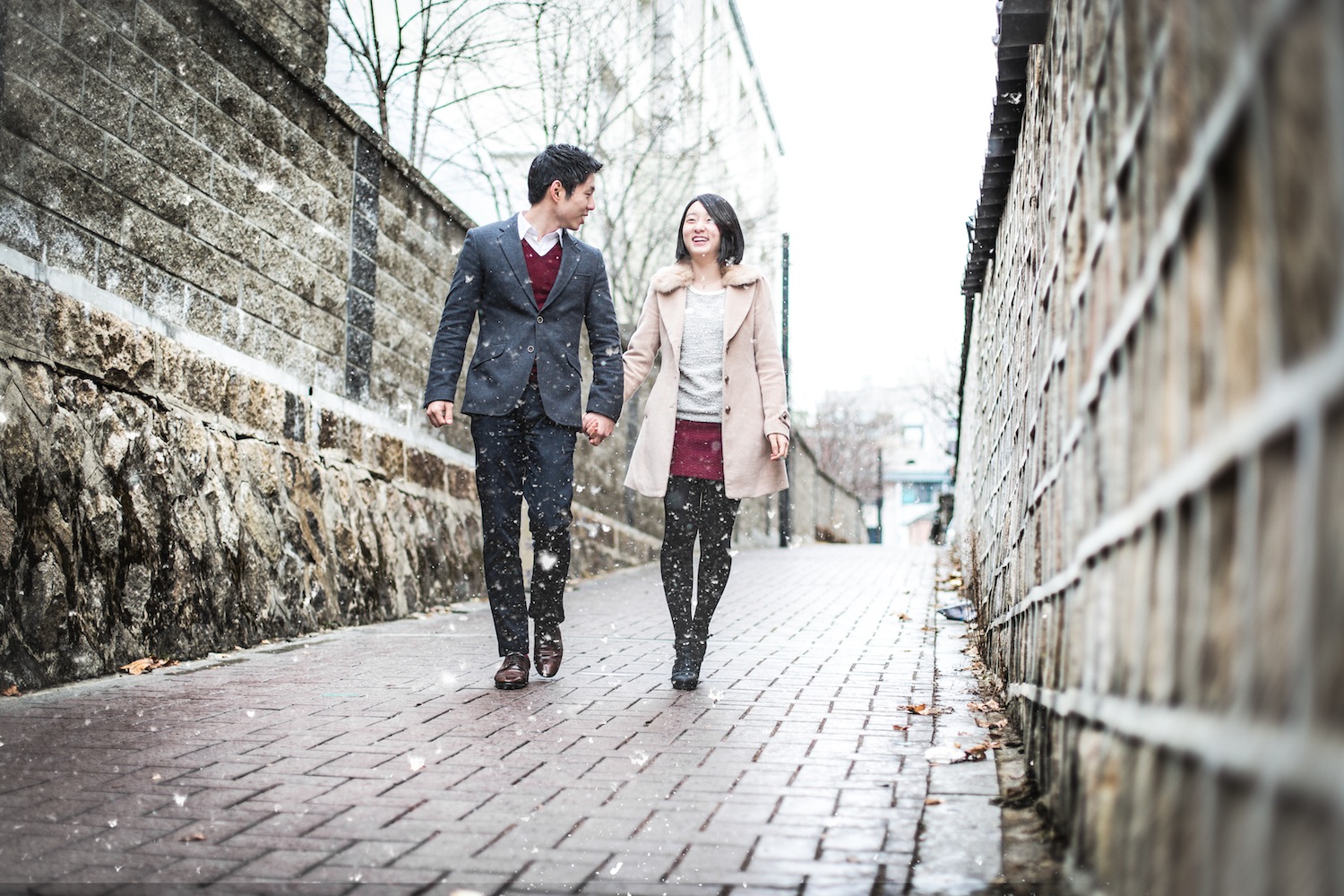 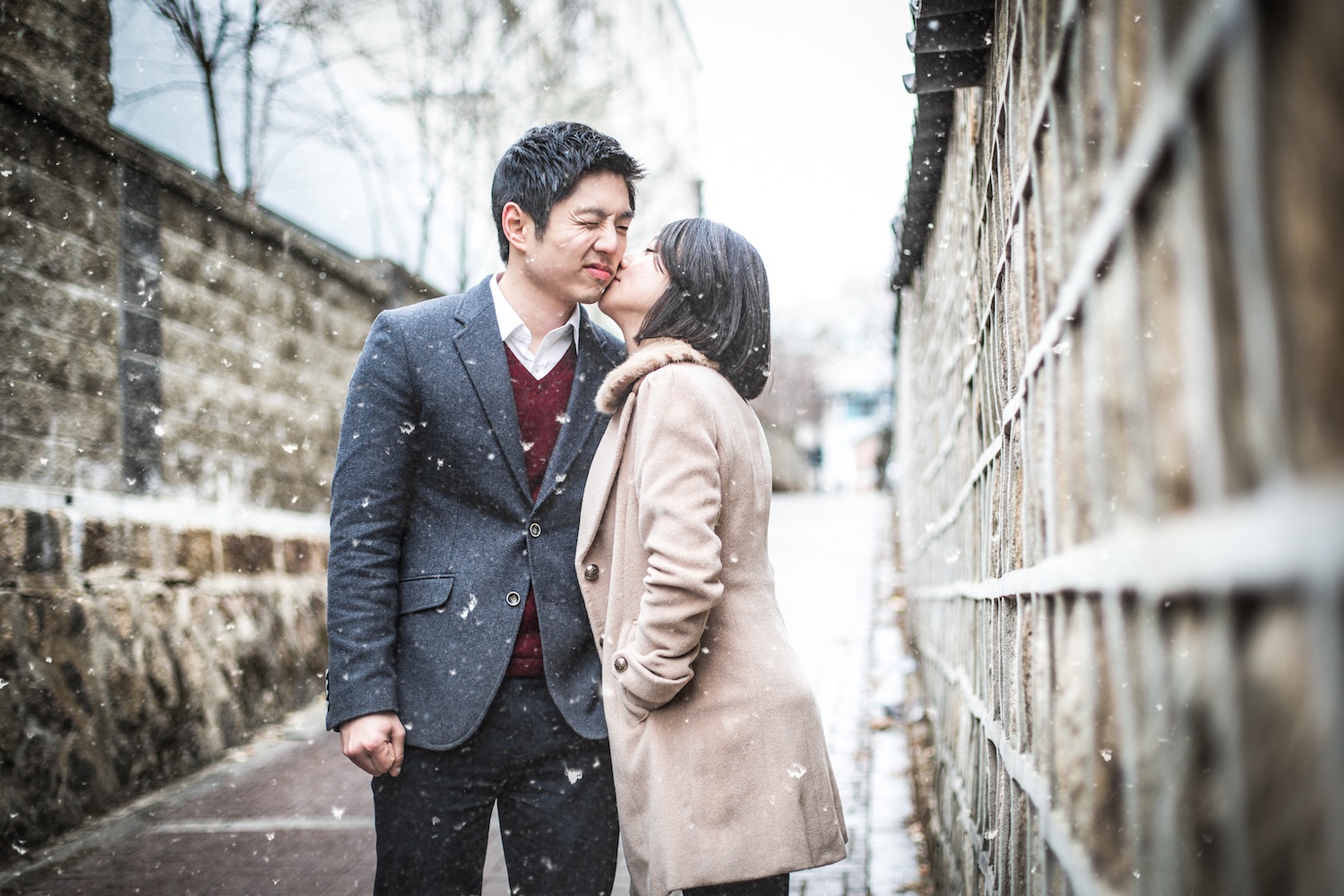 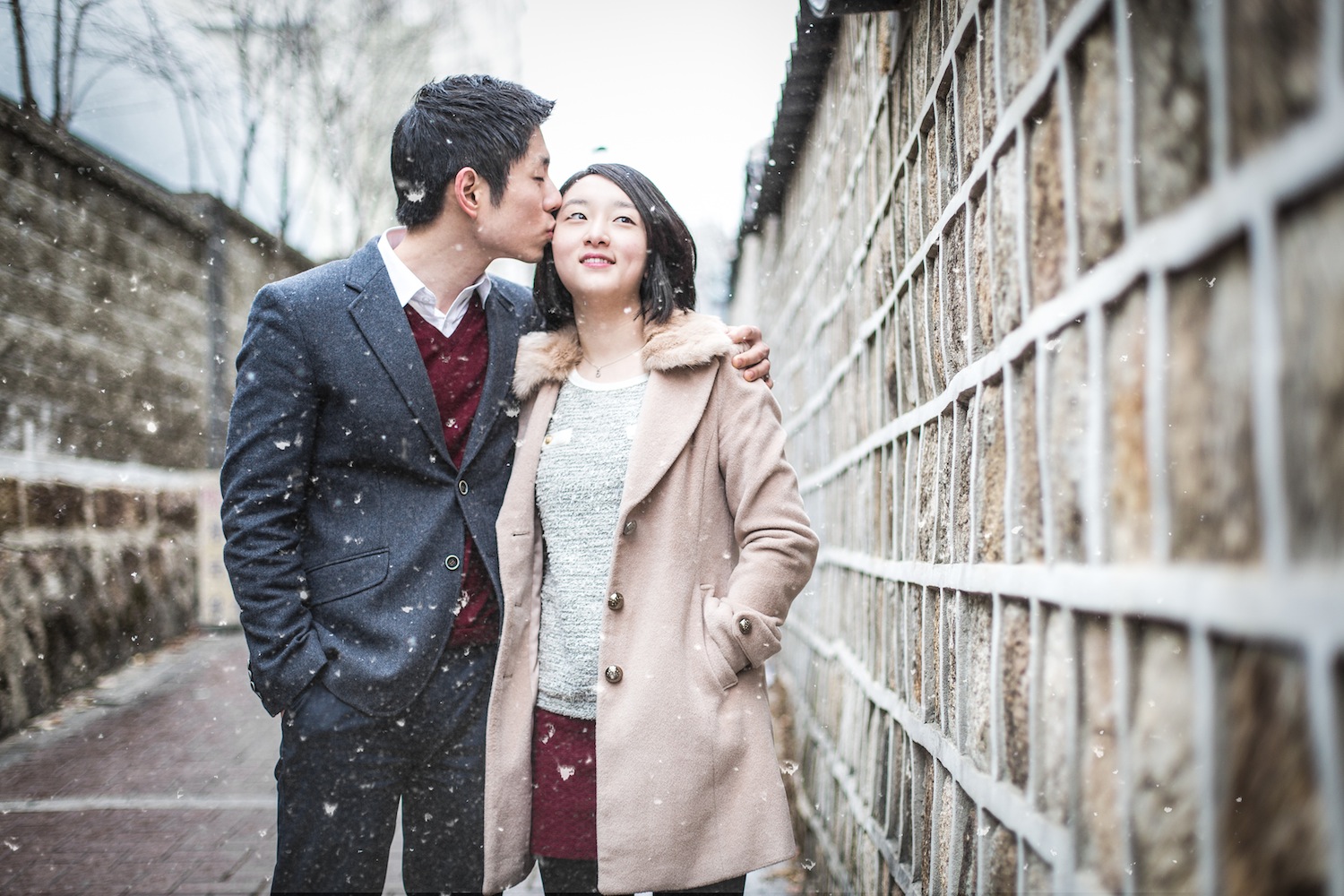 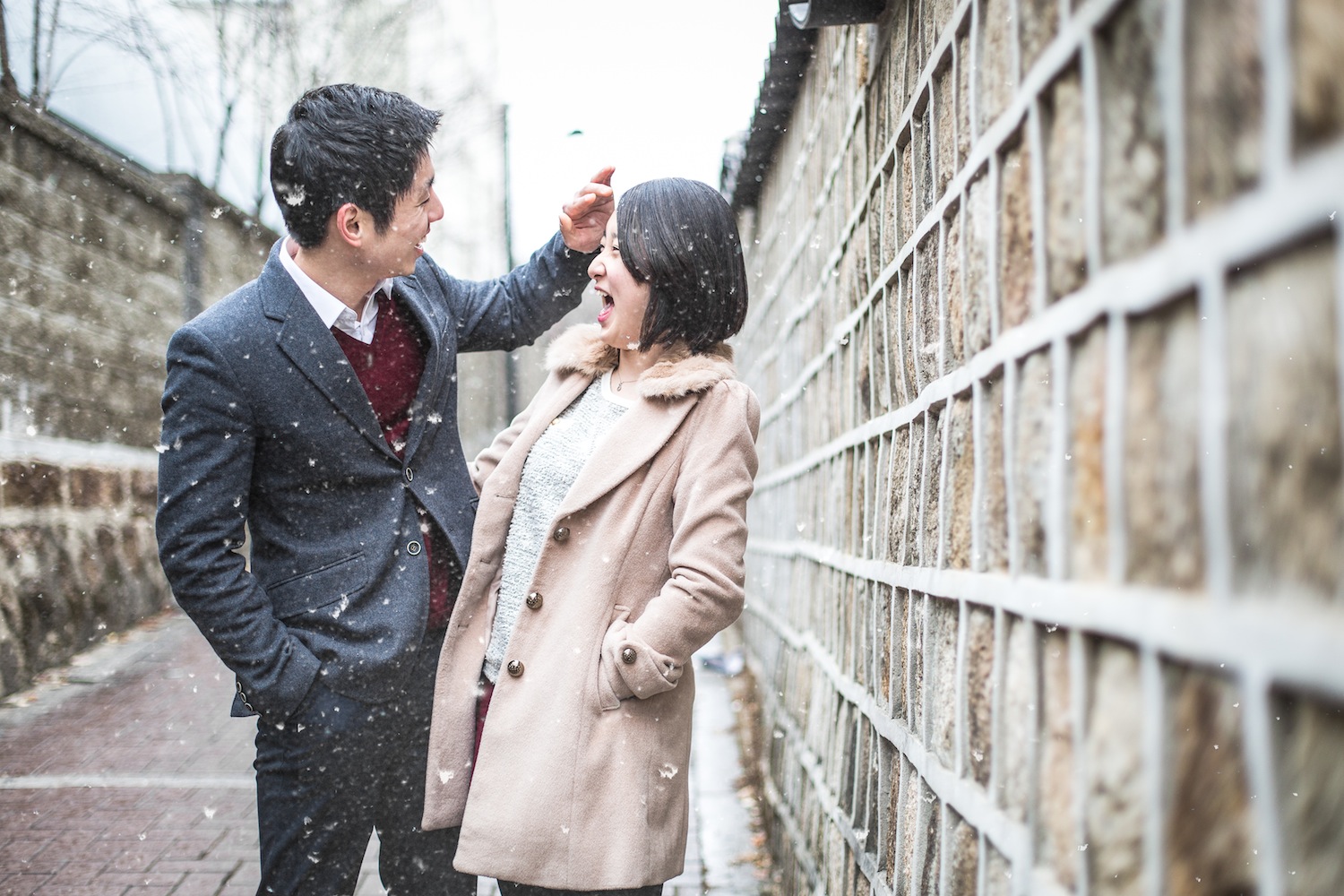 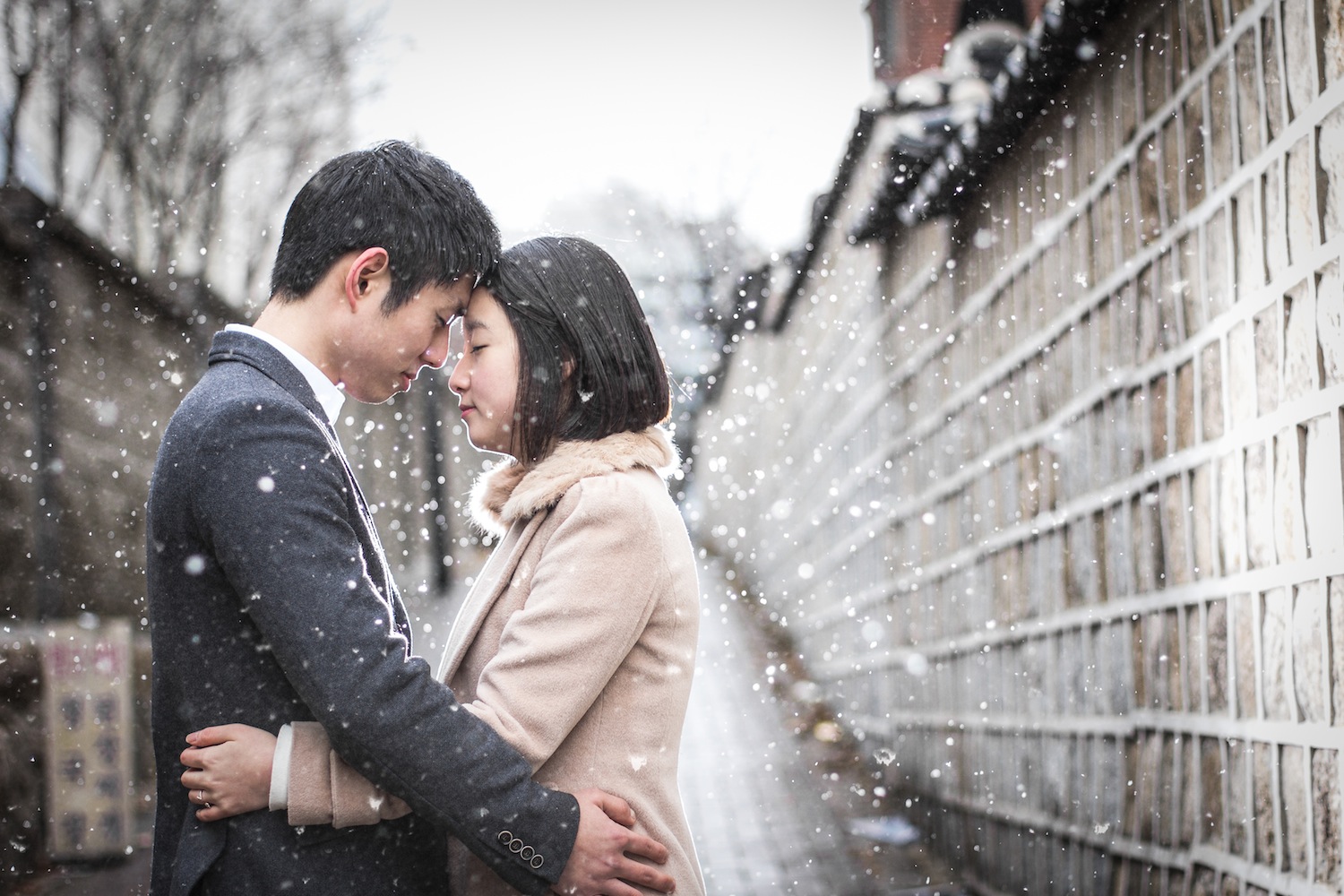 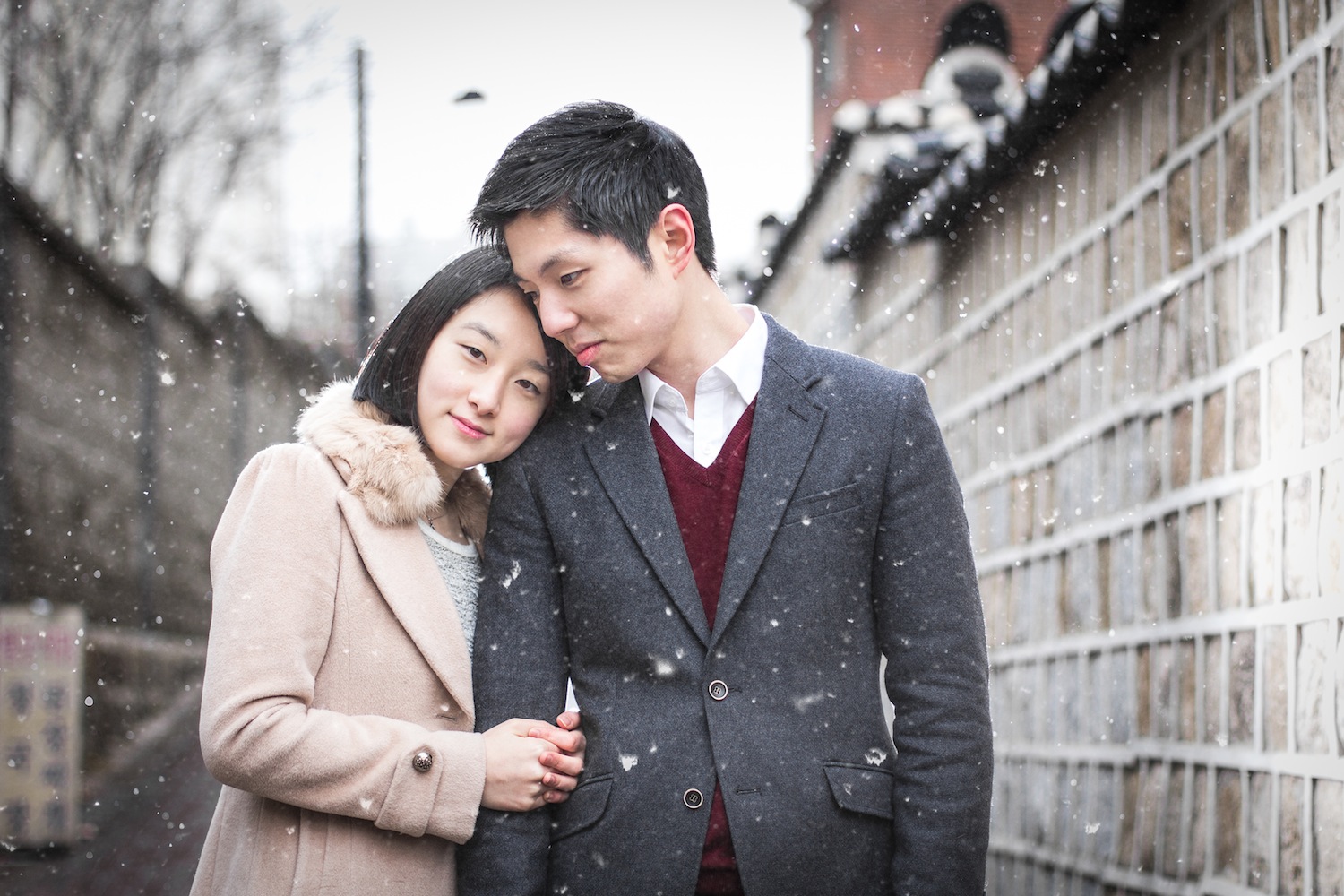 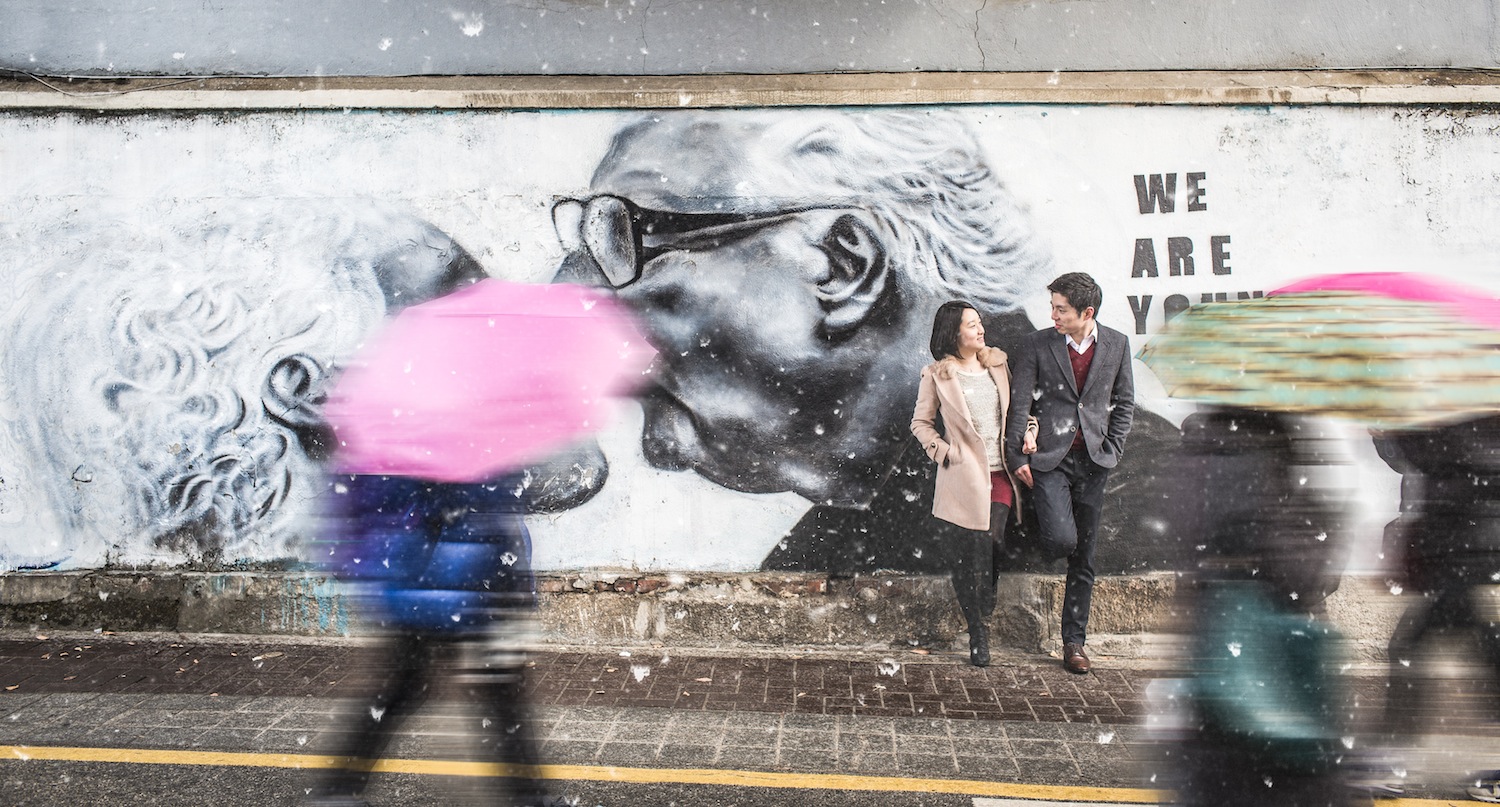 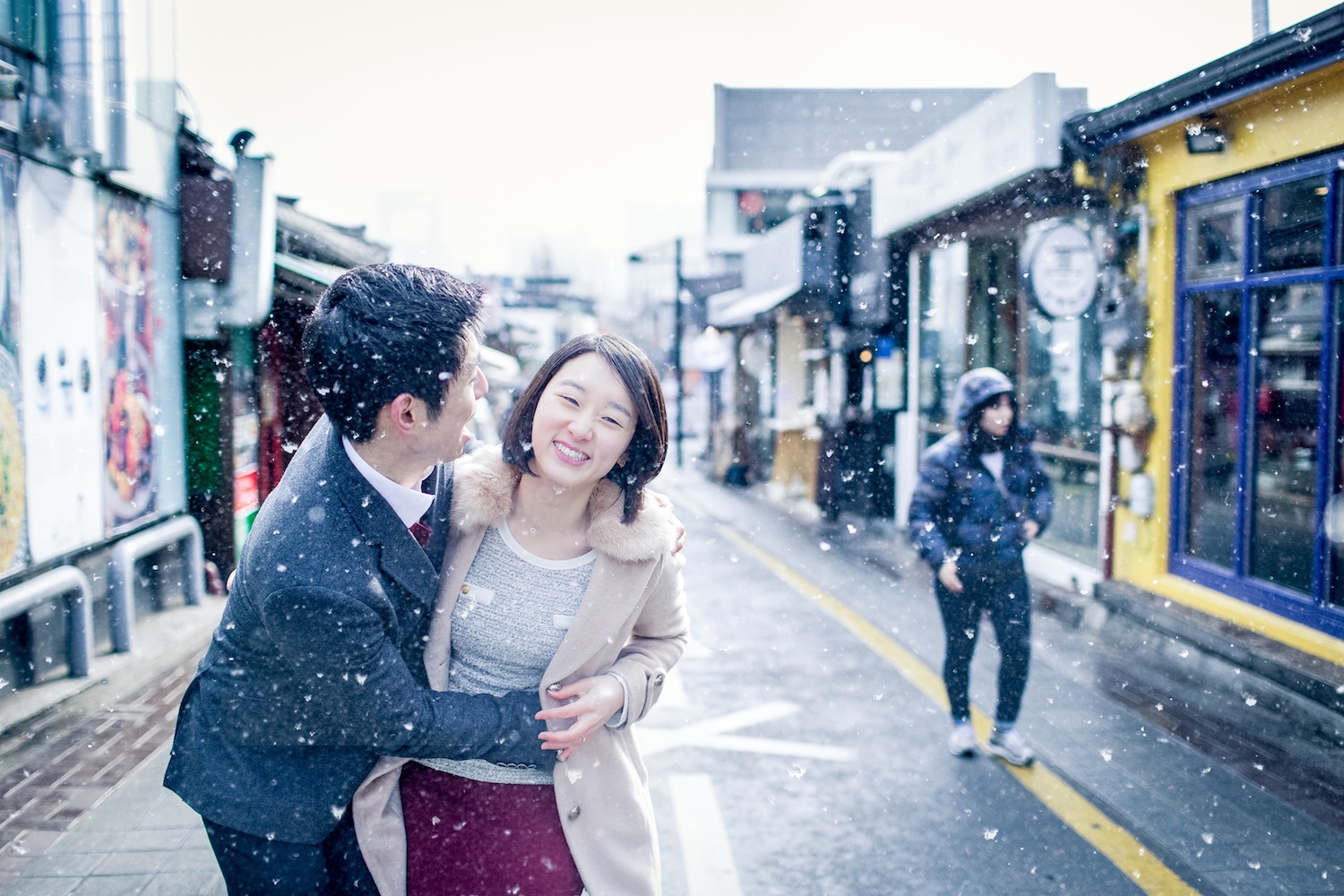 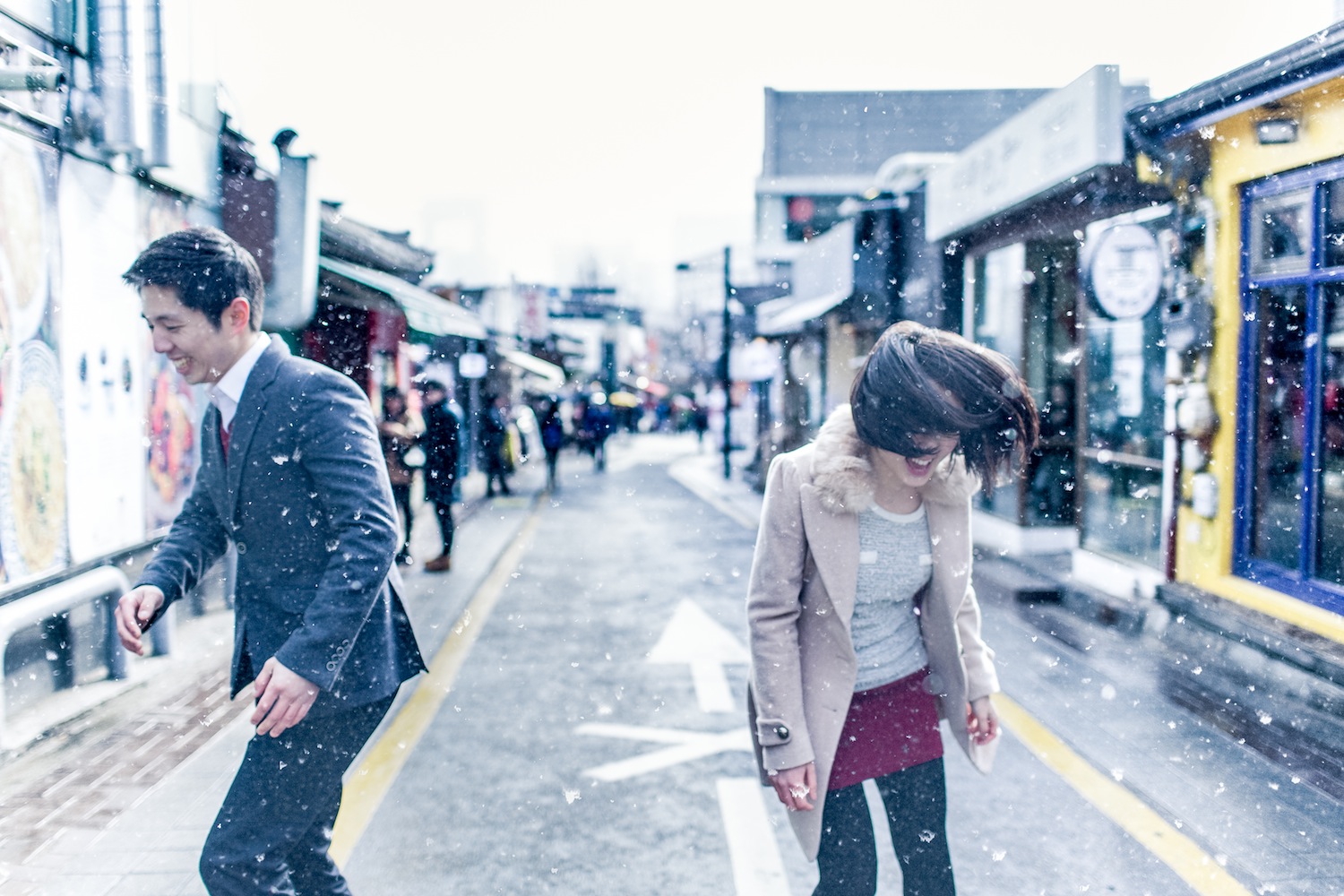 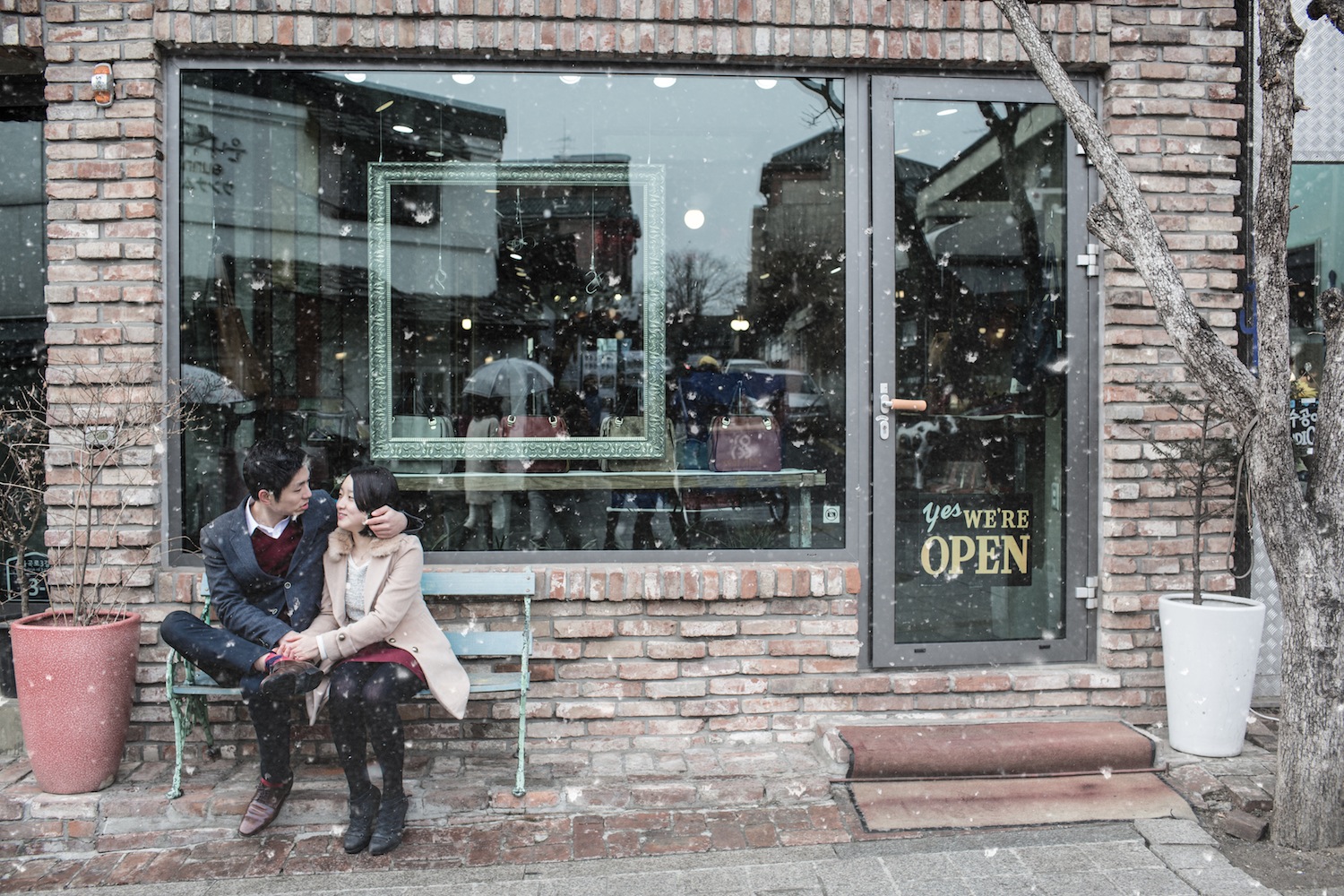 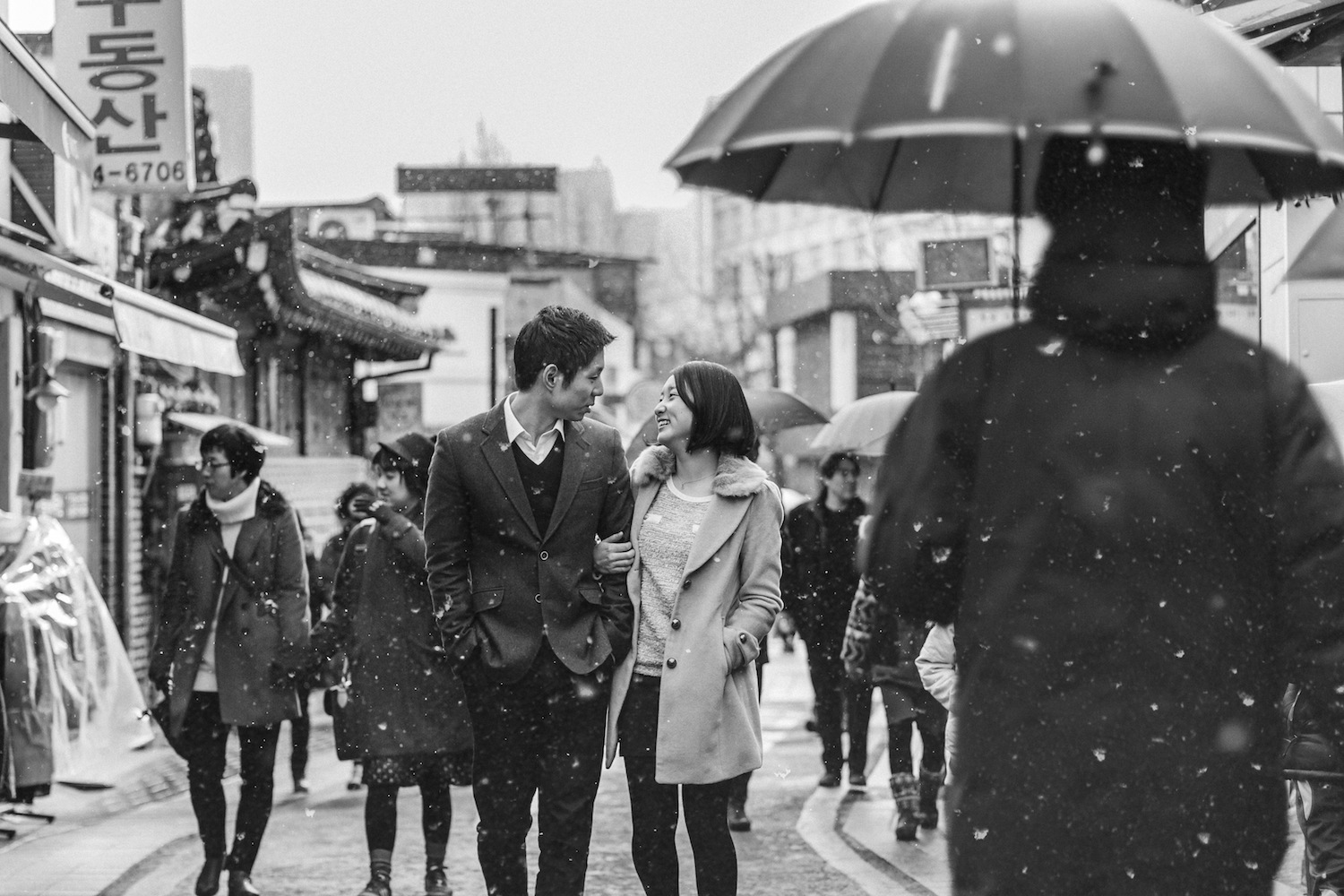 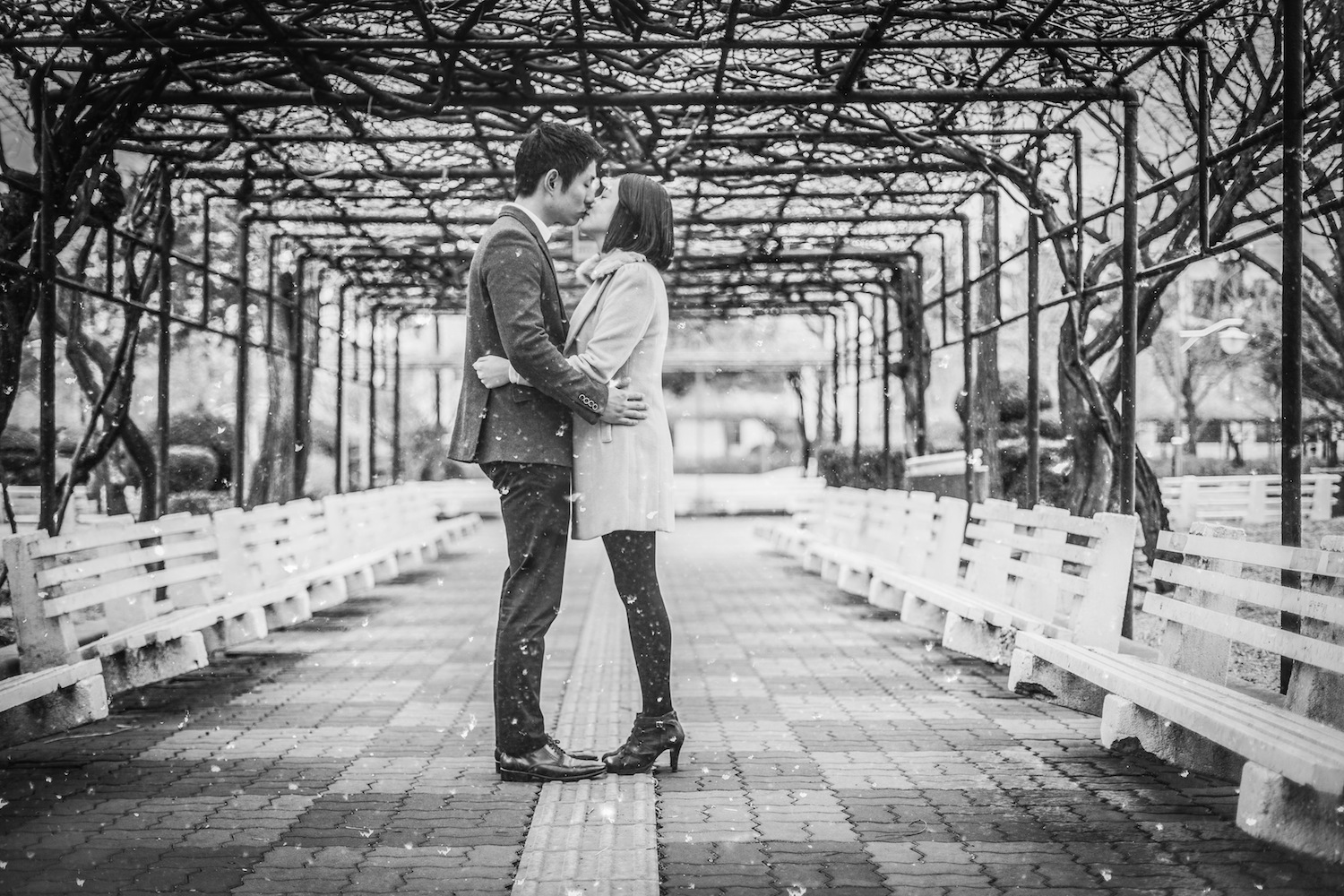 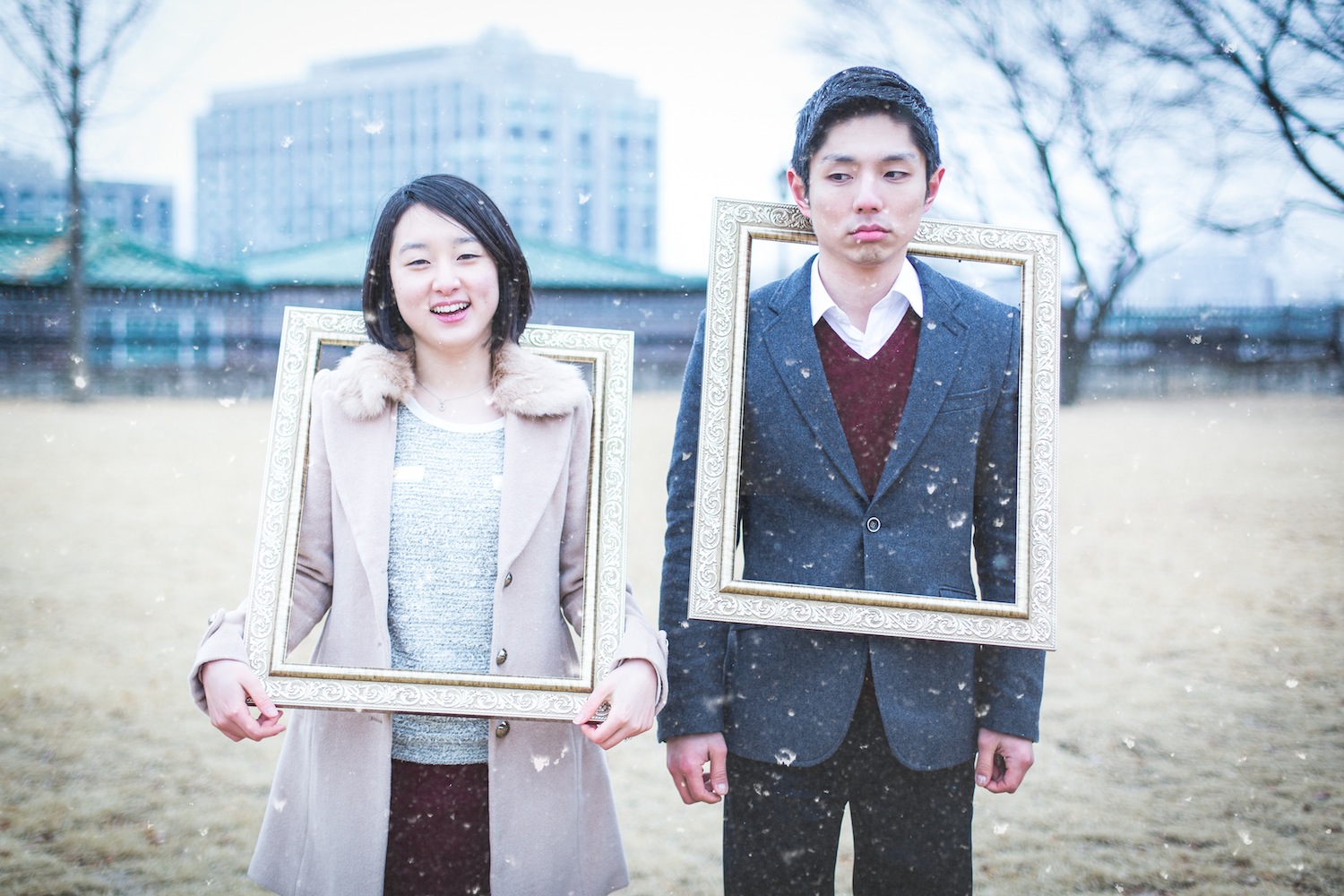 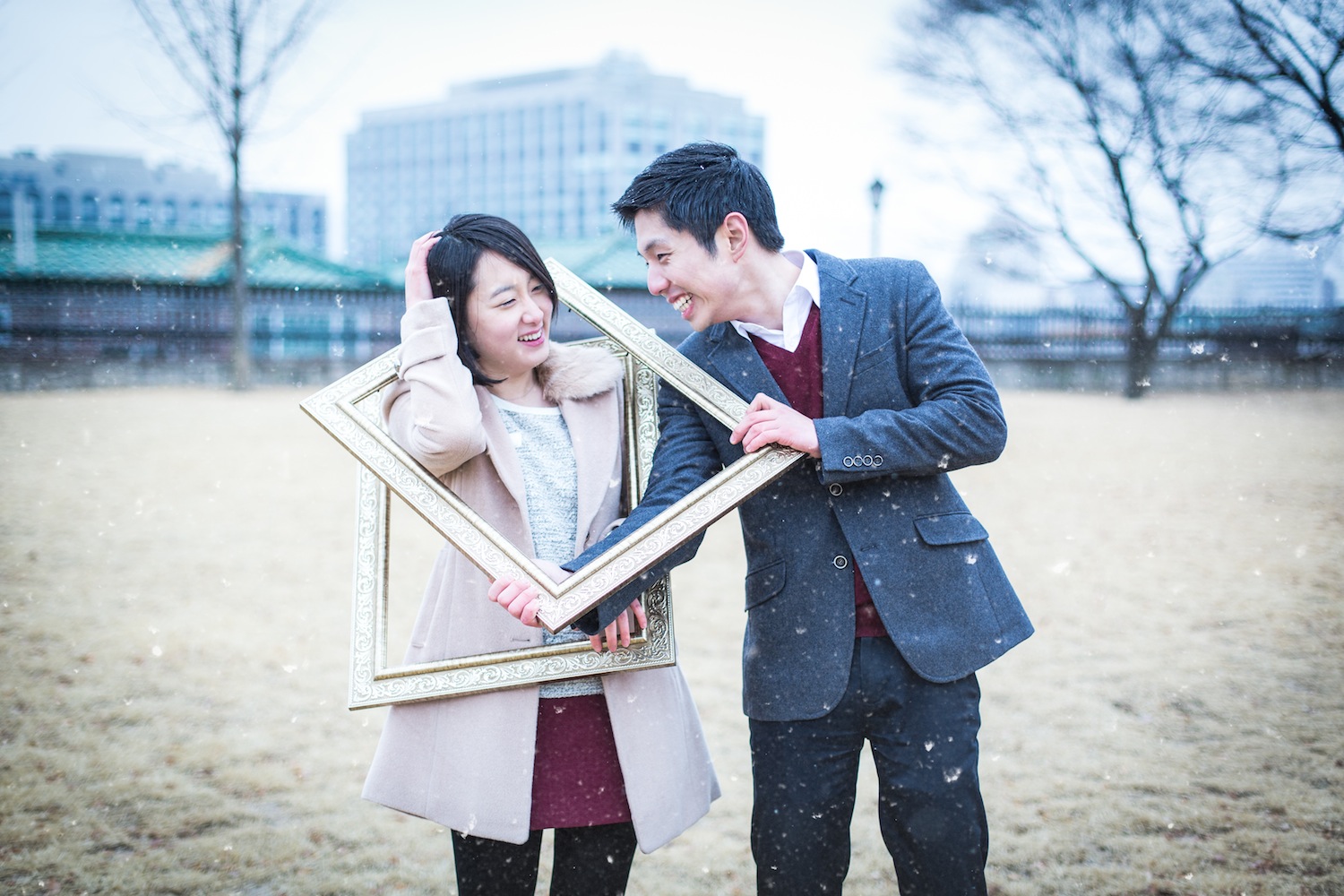 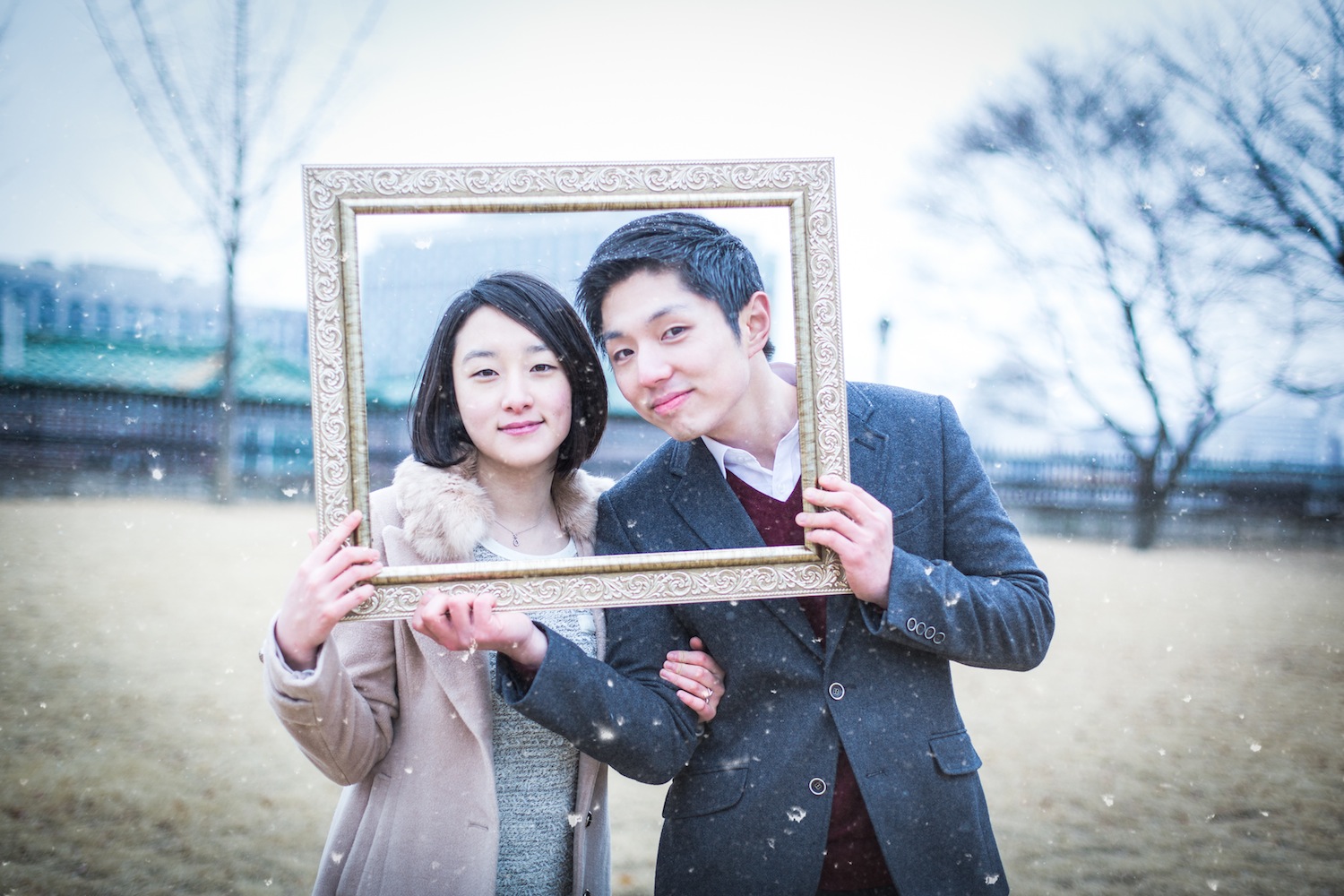