Aileen & Mark contacted me to take their outdoor pre-wedding pictures in Seoul. They wanted to take pre-wedding pictures with the autumn leaves in Korea. I think autumn is one of the best seasons to take pictures because of all the bright, beautiful colors. However, it could also be quite risky due to the unpredictable weather. Their pre-wedding session was scheduled for the first week of November, and I compulsively checked the weather forecast starting from two weeks before. On the day of the shoot, we got more that we had hoped for – sun! Of course shooting in the sun can be quite tricky because of all the shadows and sudden lighting changes, but if used correctly, it can create a heavenly, dramatic glow in the pictures. This dramatic glow becomes even more exaggerated in autumn because of all the bright orange and yellow colors. It’s almost as if all the leaves become mini light bulbs that glow with the sun. The weather was still quite cold, but the pictures were well worth the suffering. Aileen & Mark told me they’re not very photogenic, but their pictures prove otherwise. 🙂 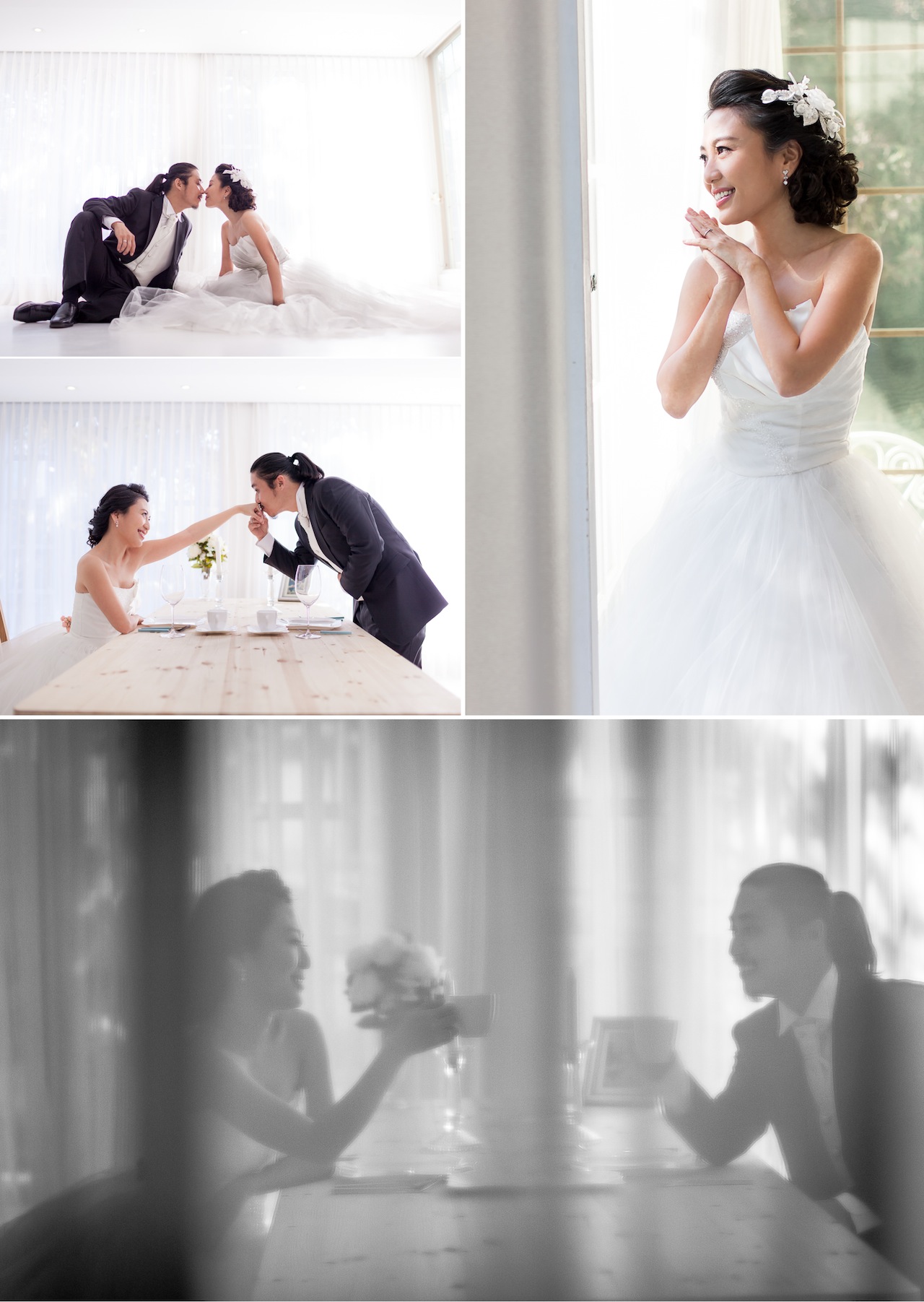 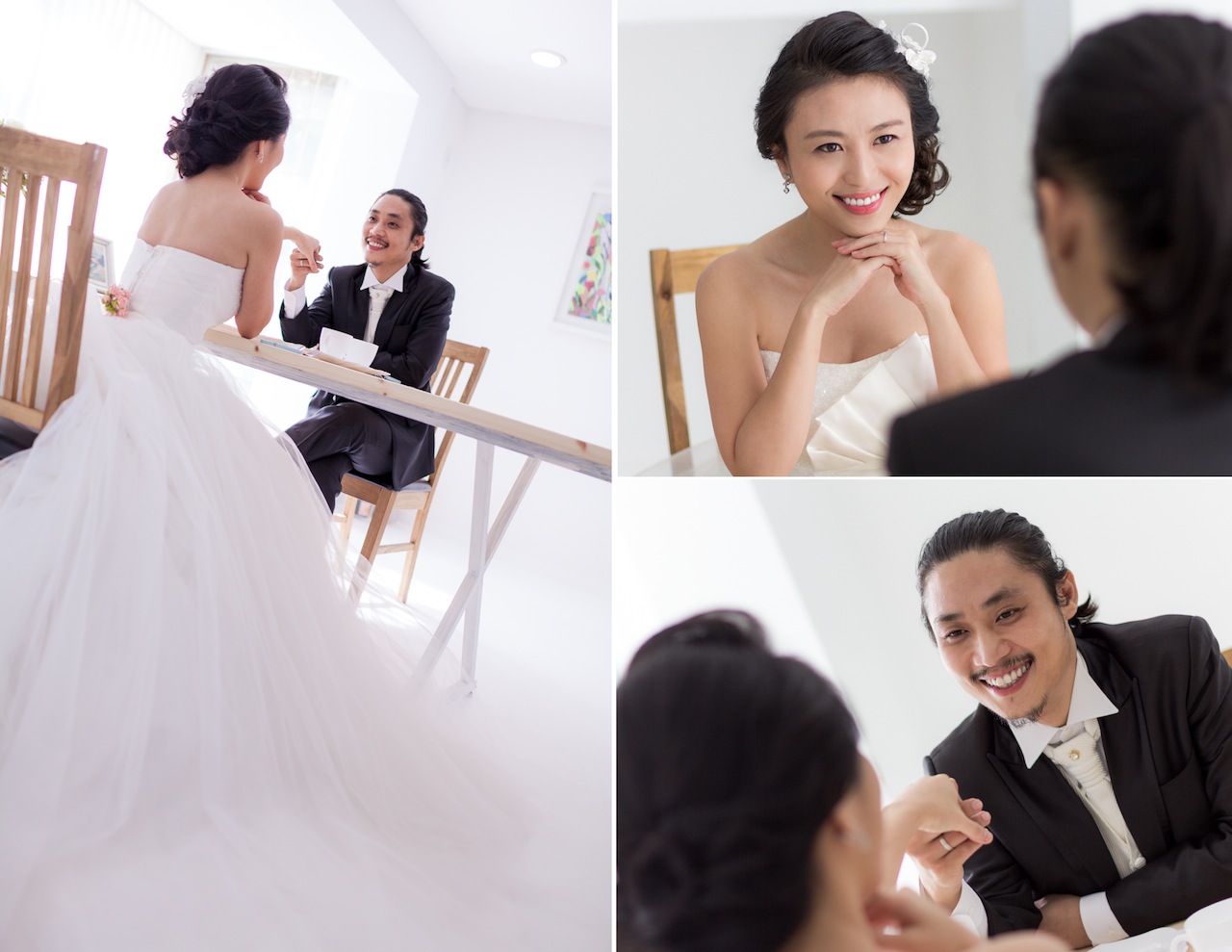 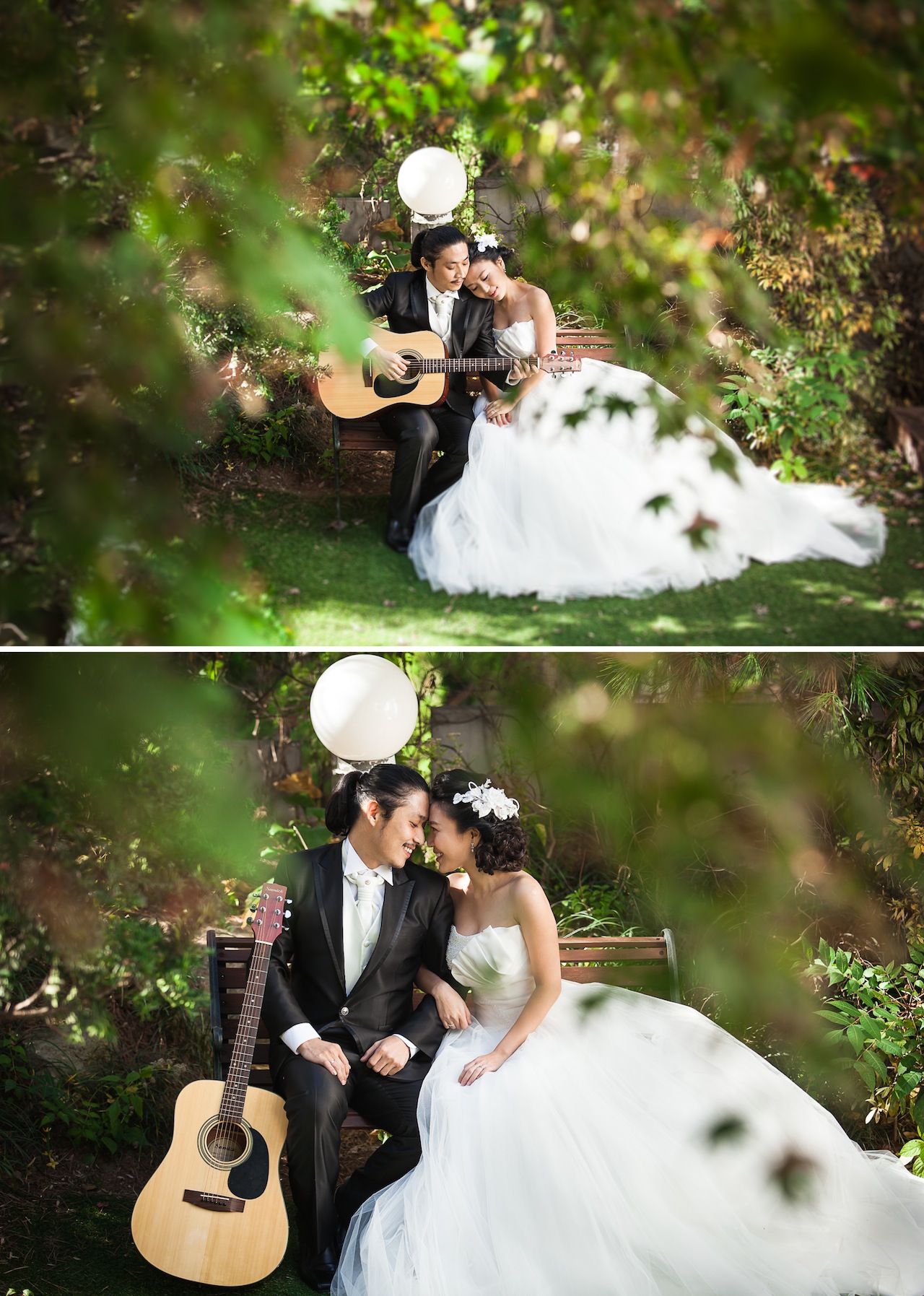 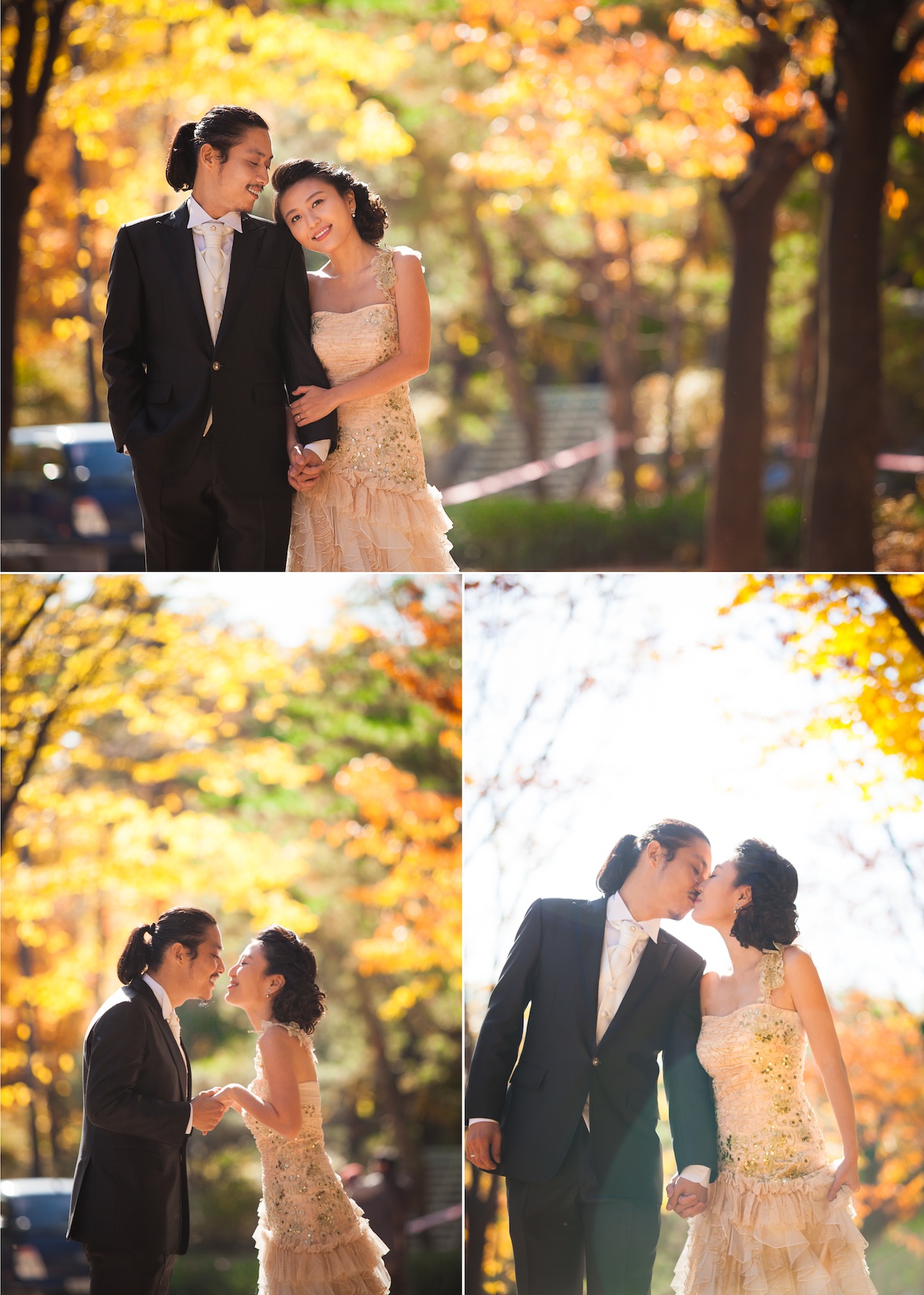 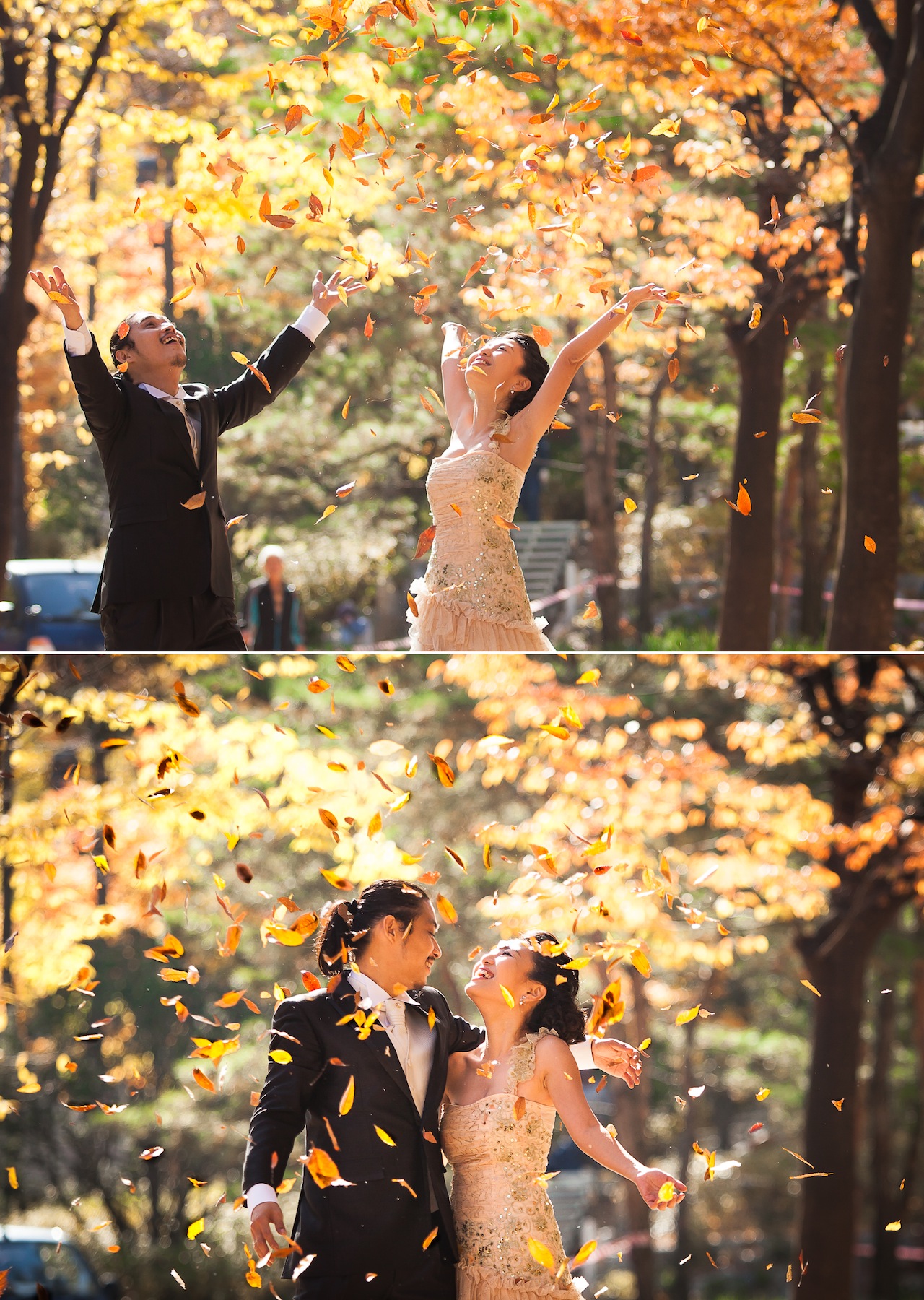 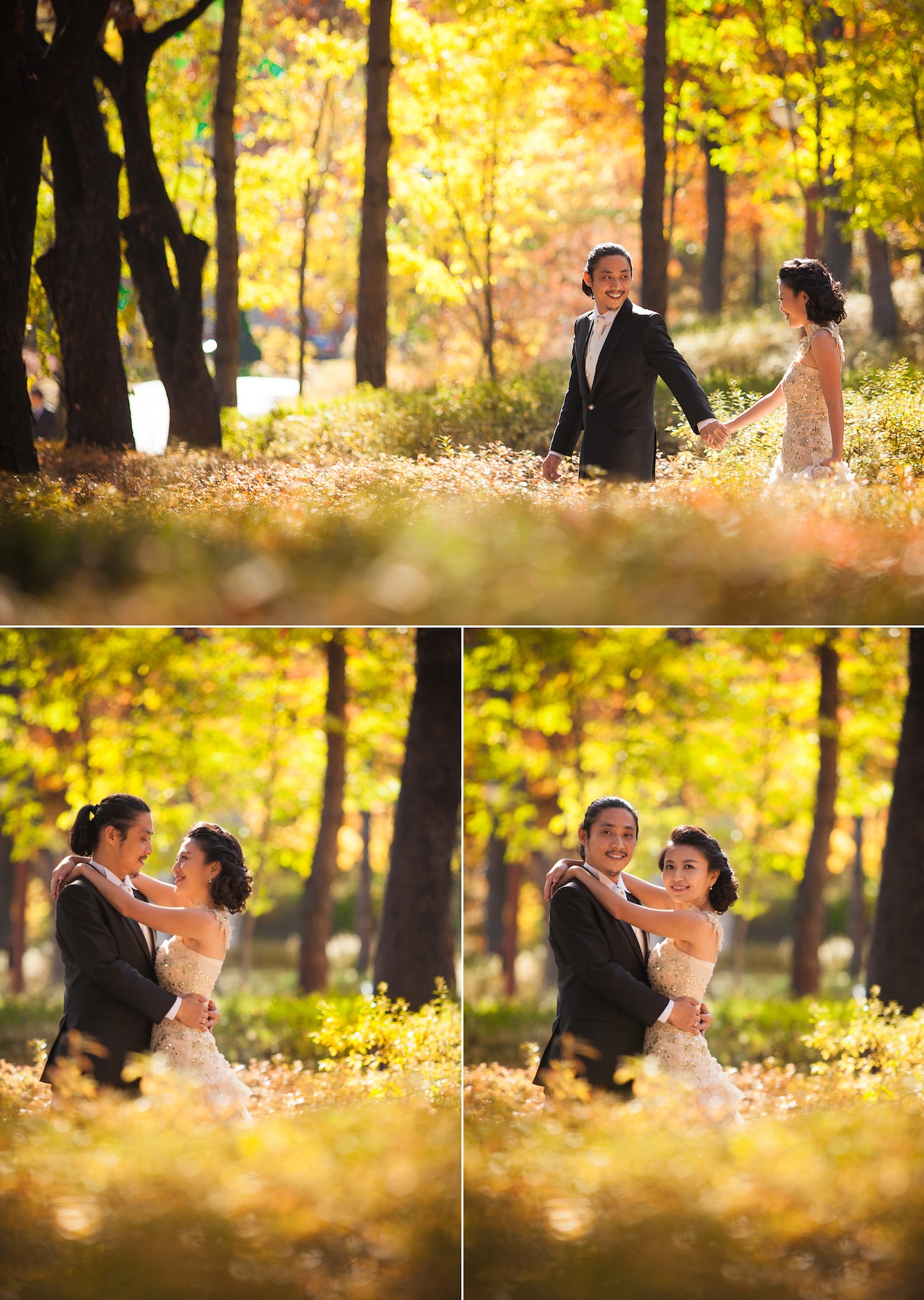 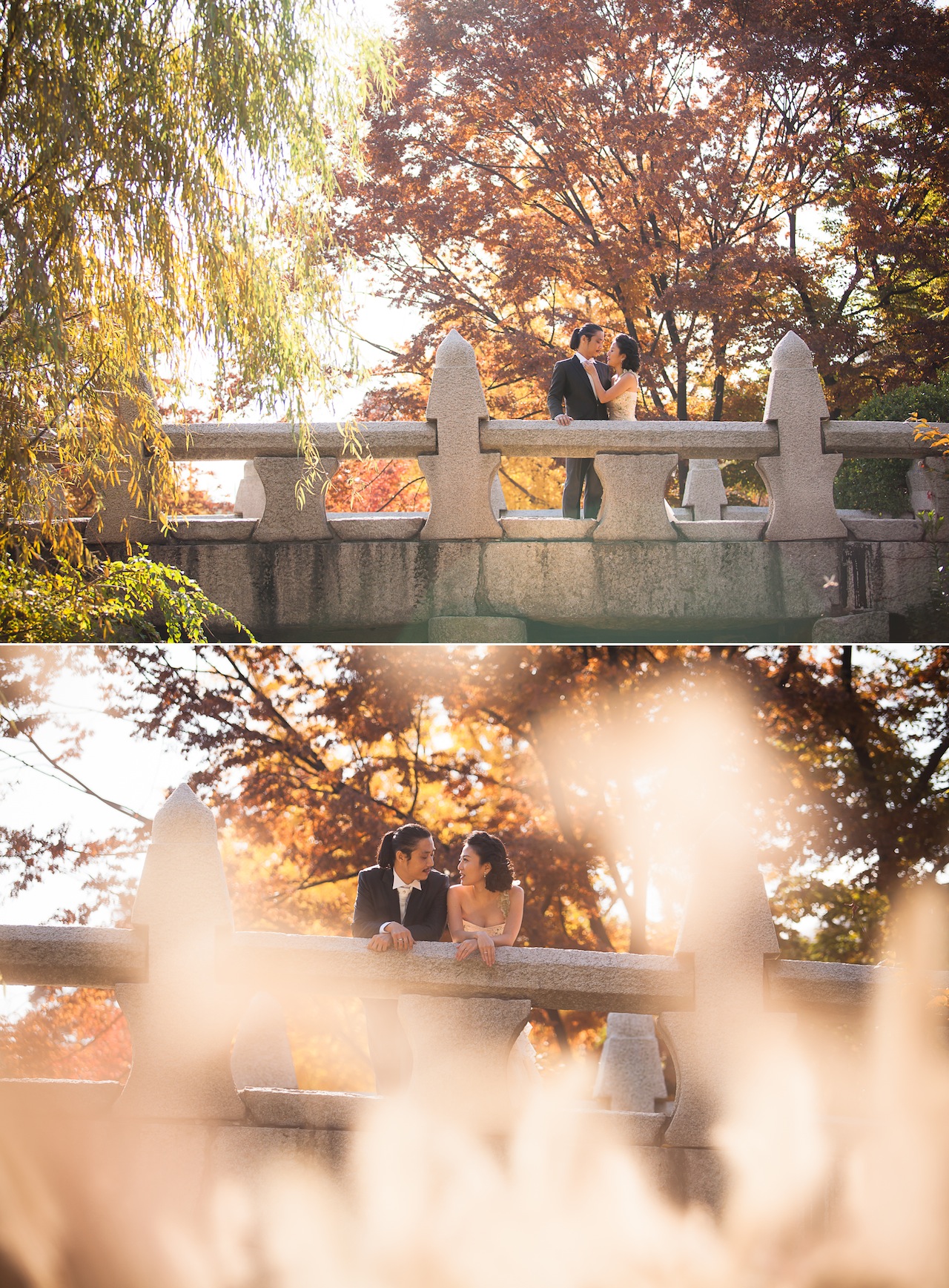 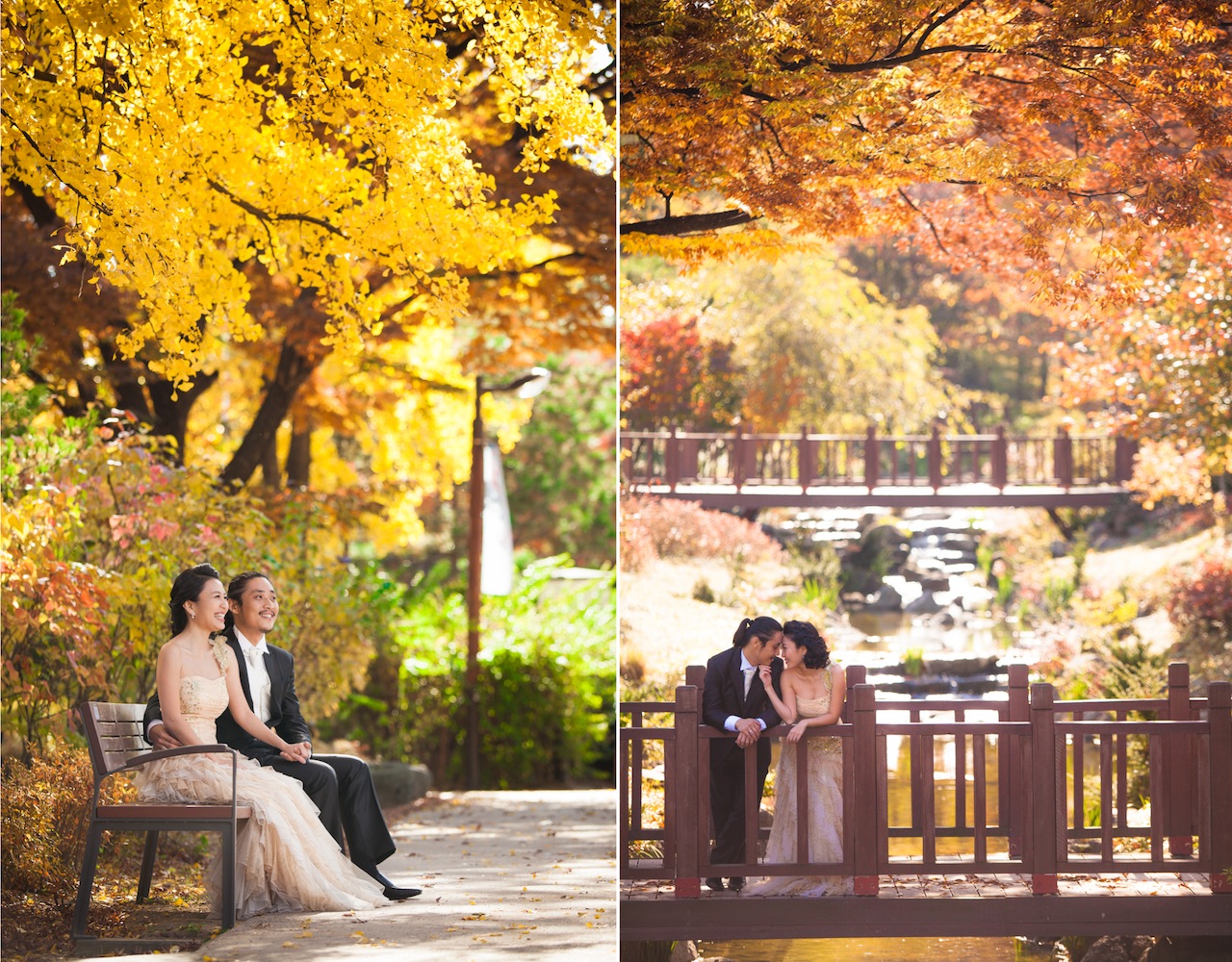 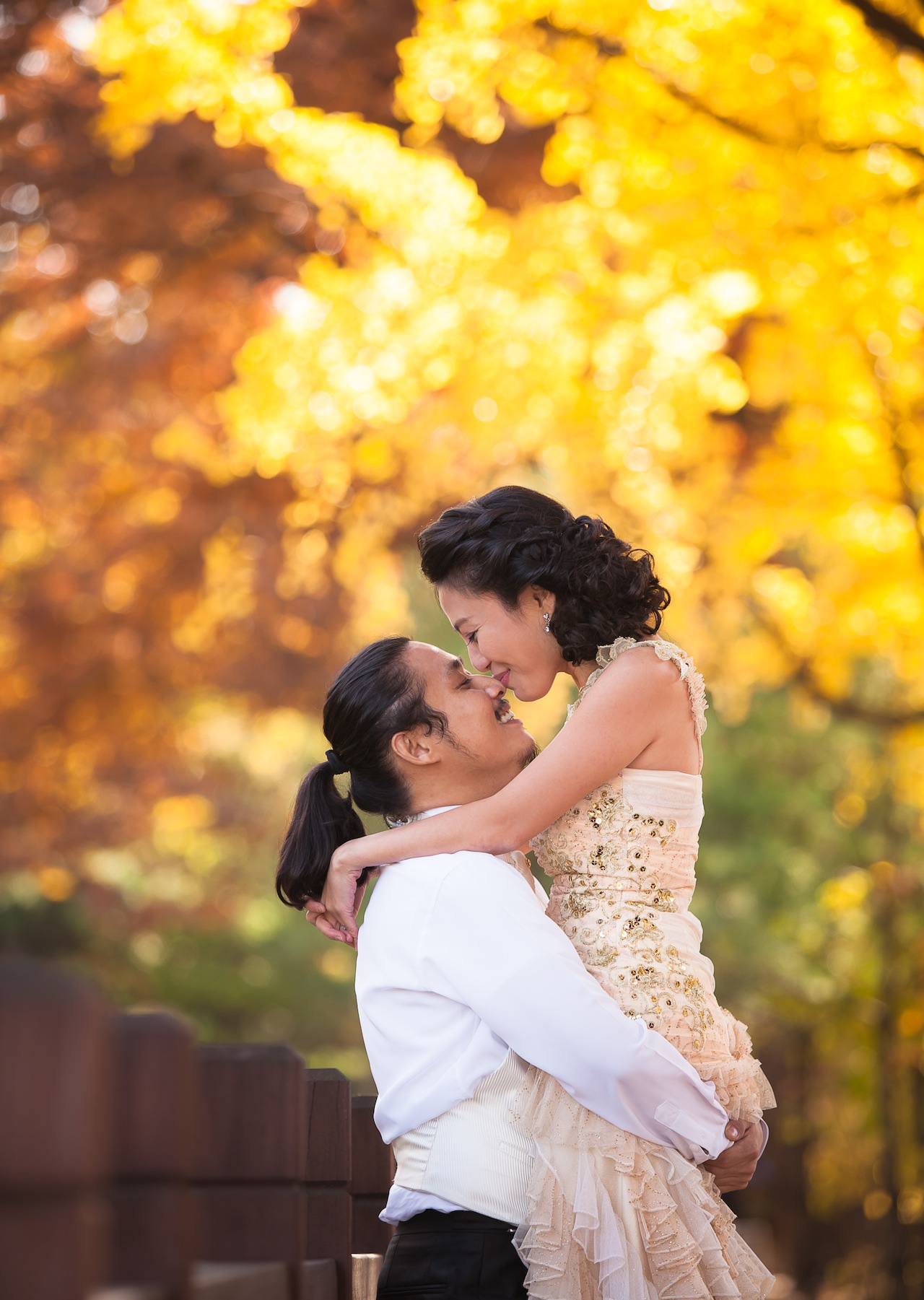 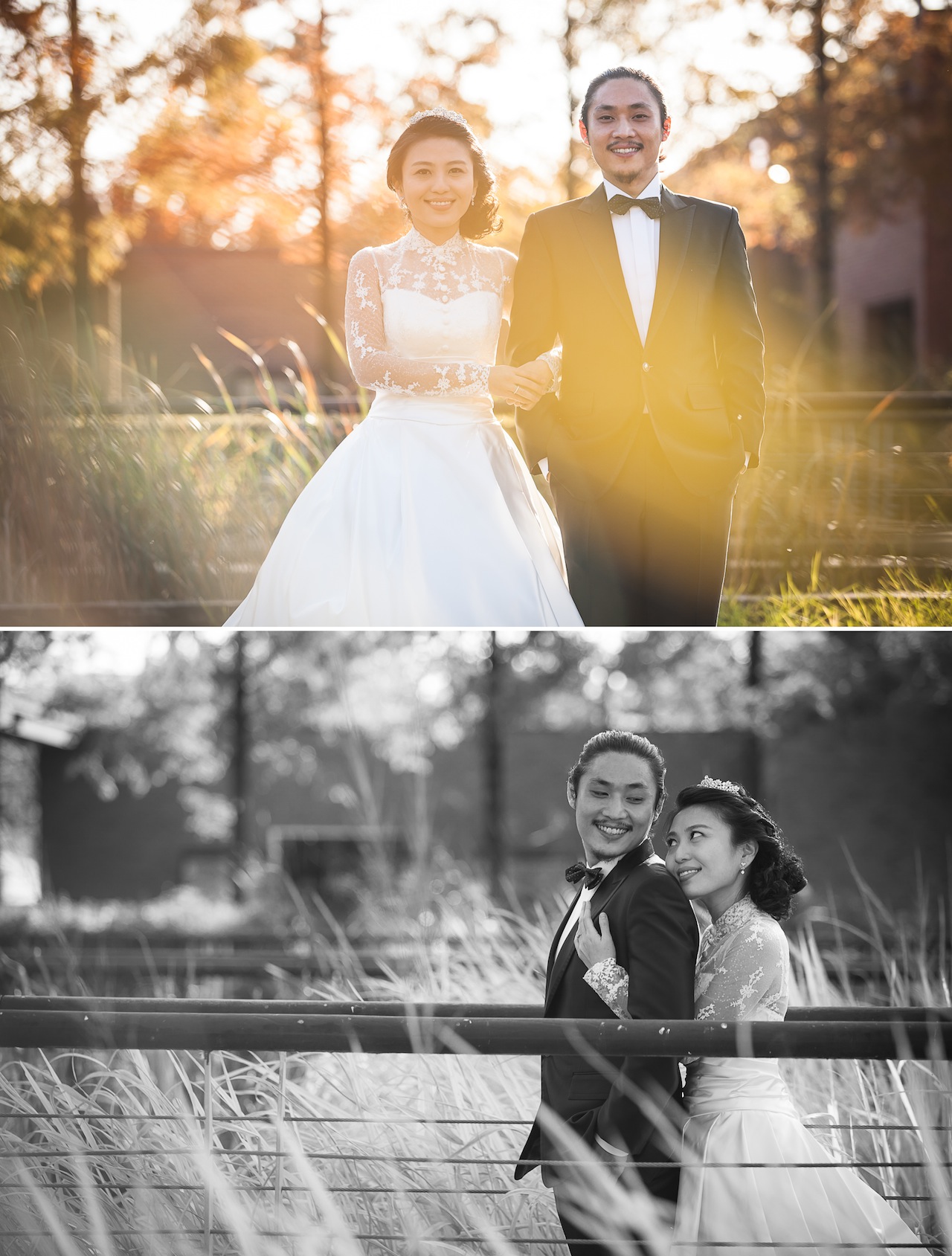 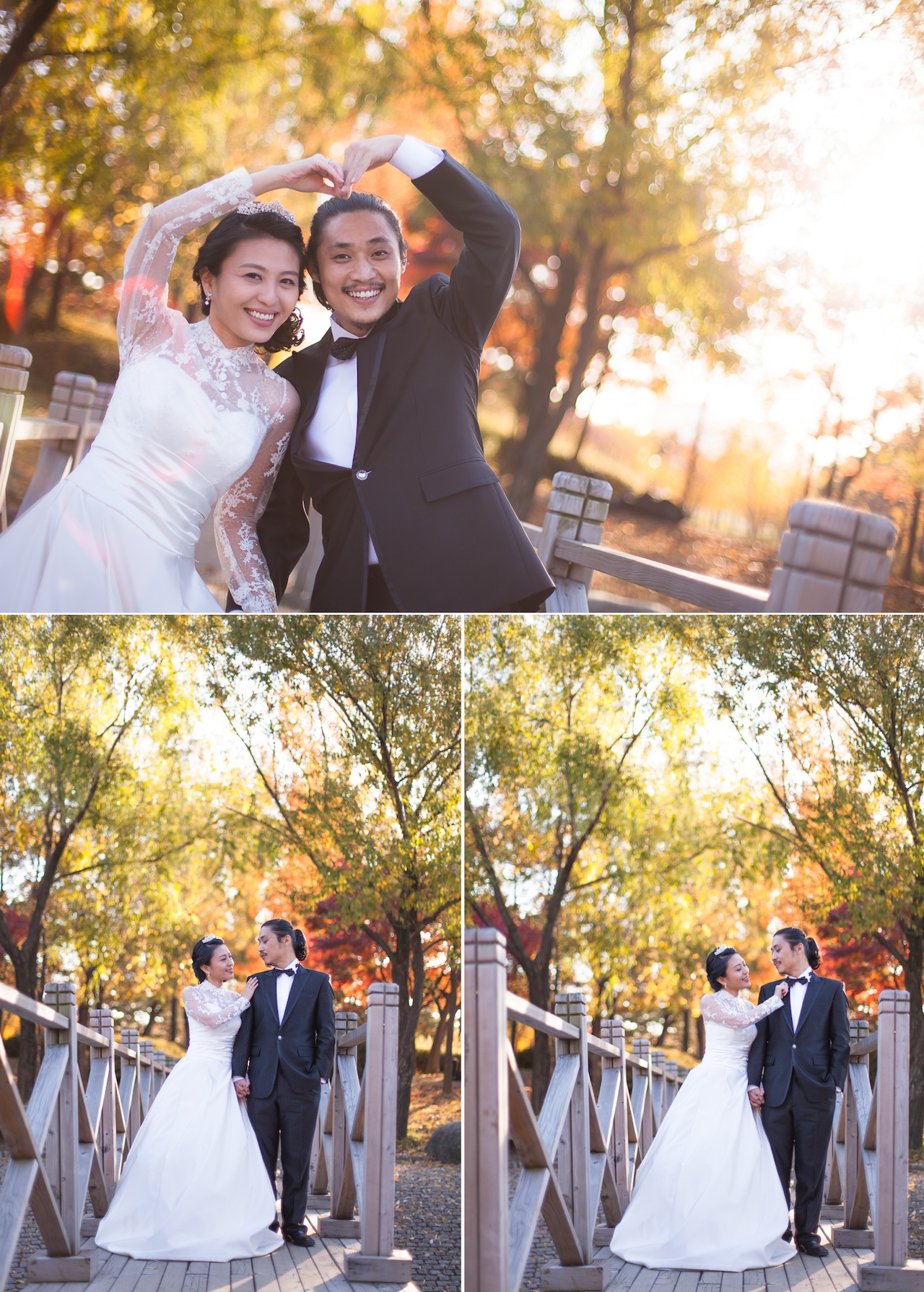 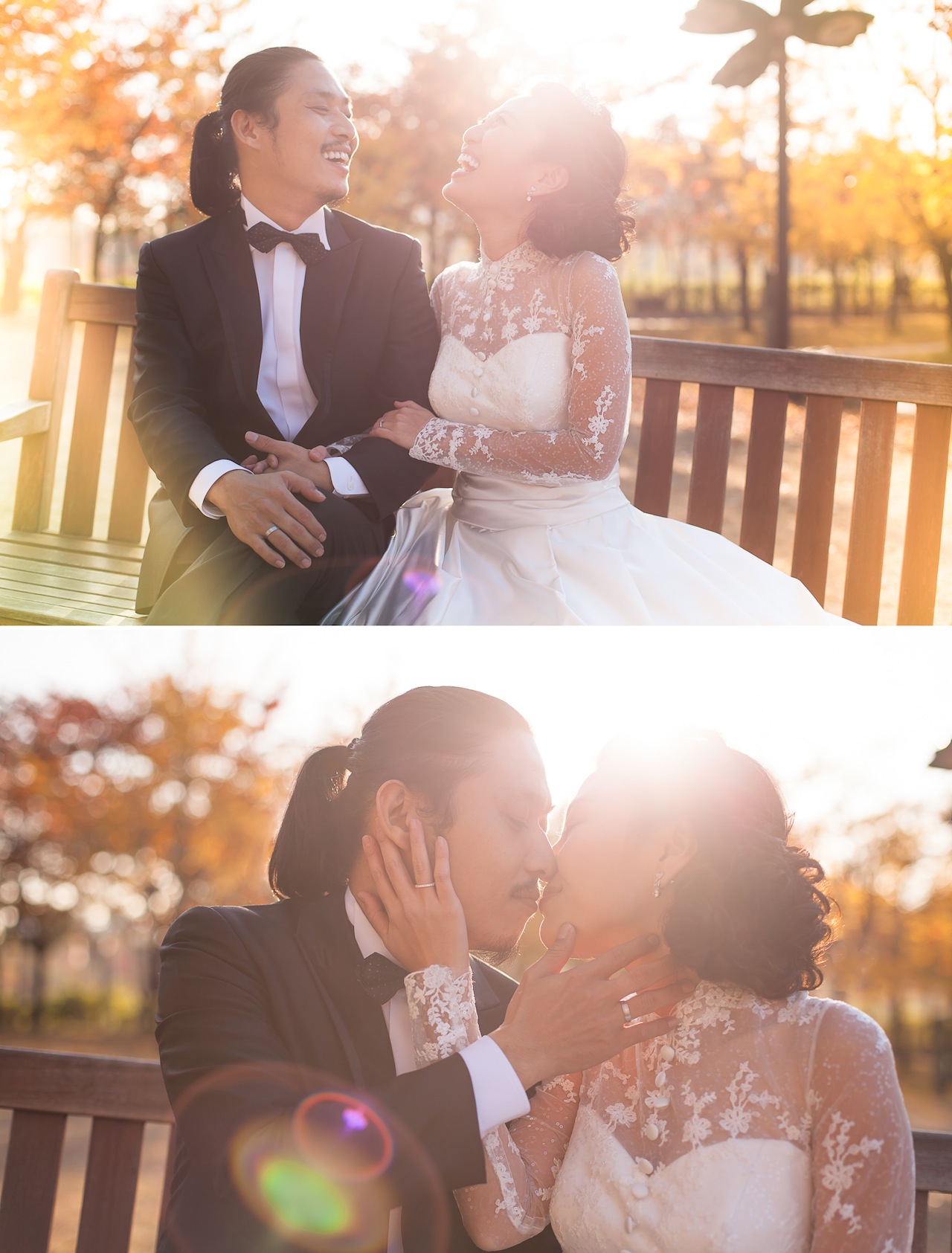 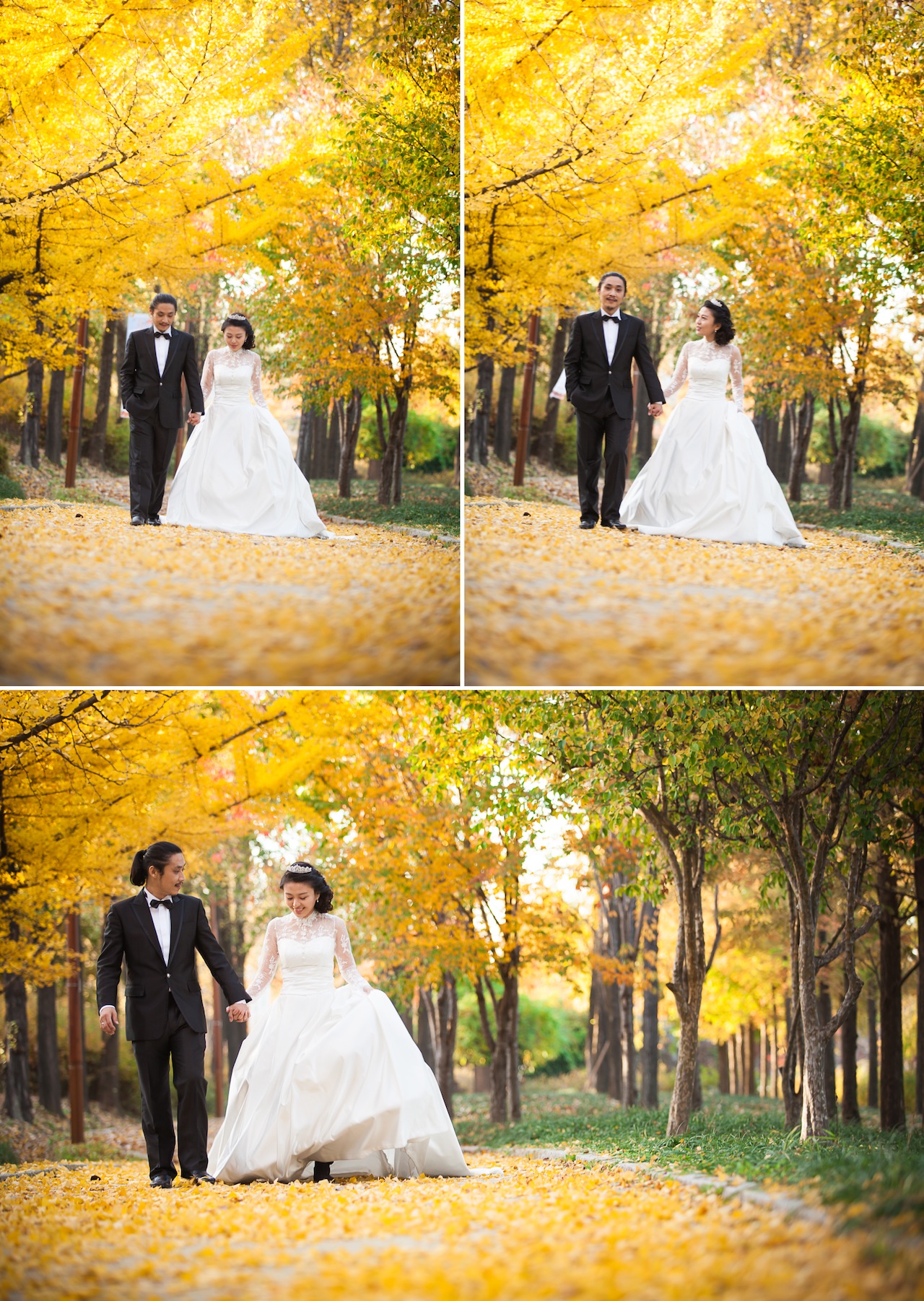 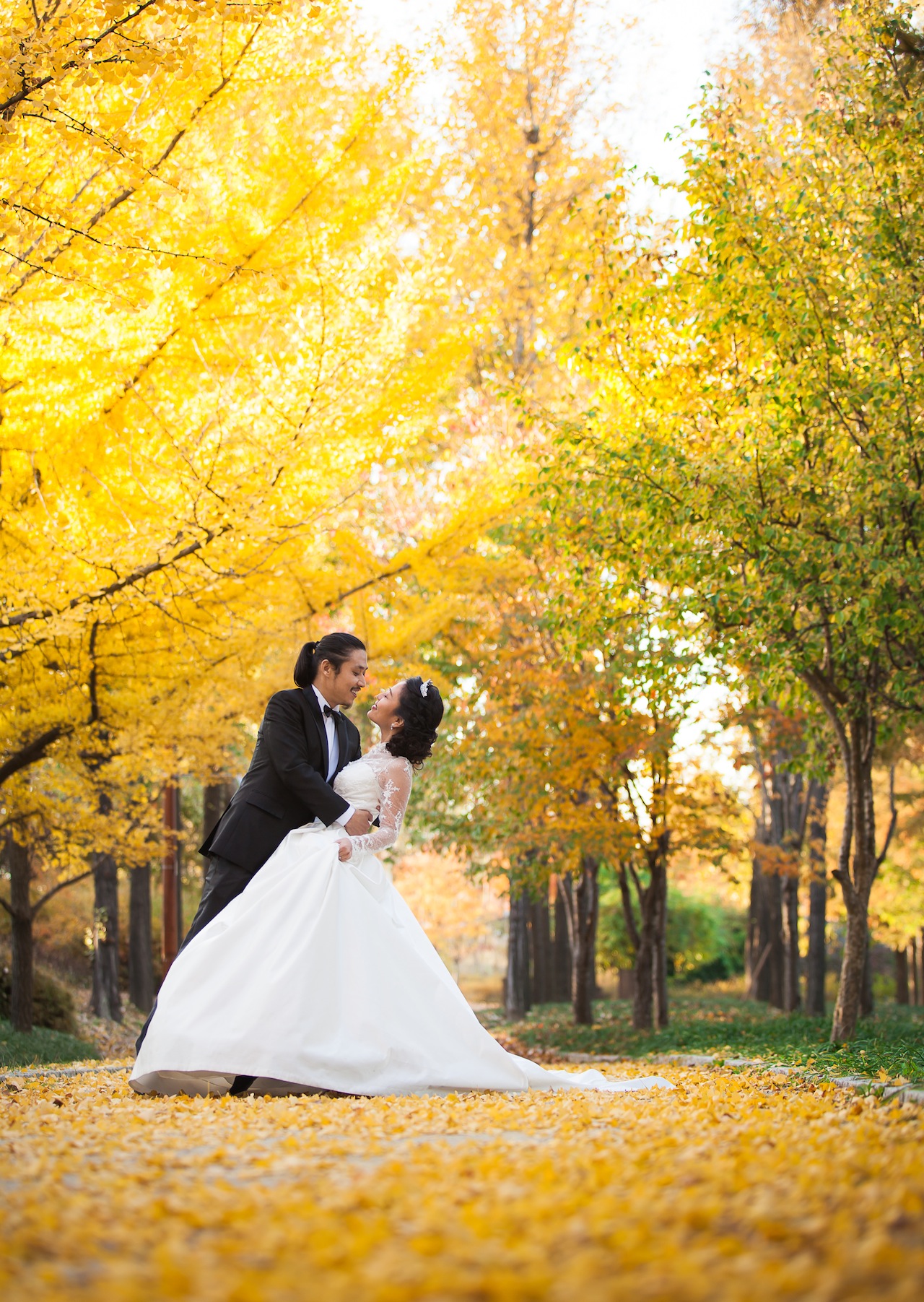 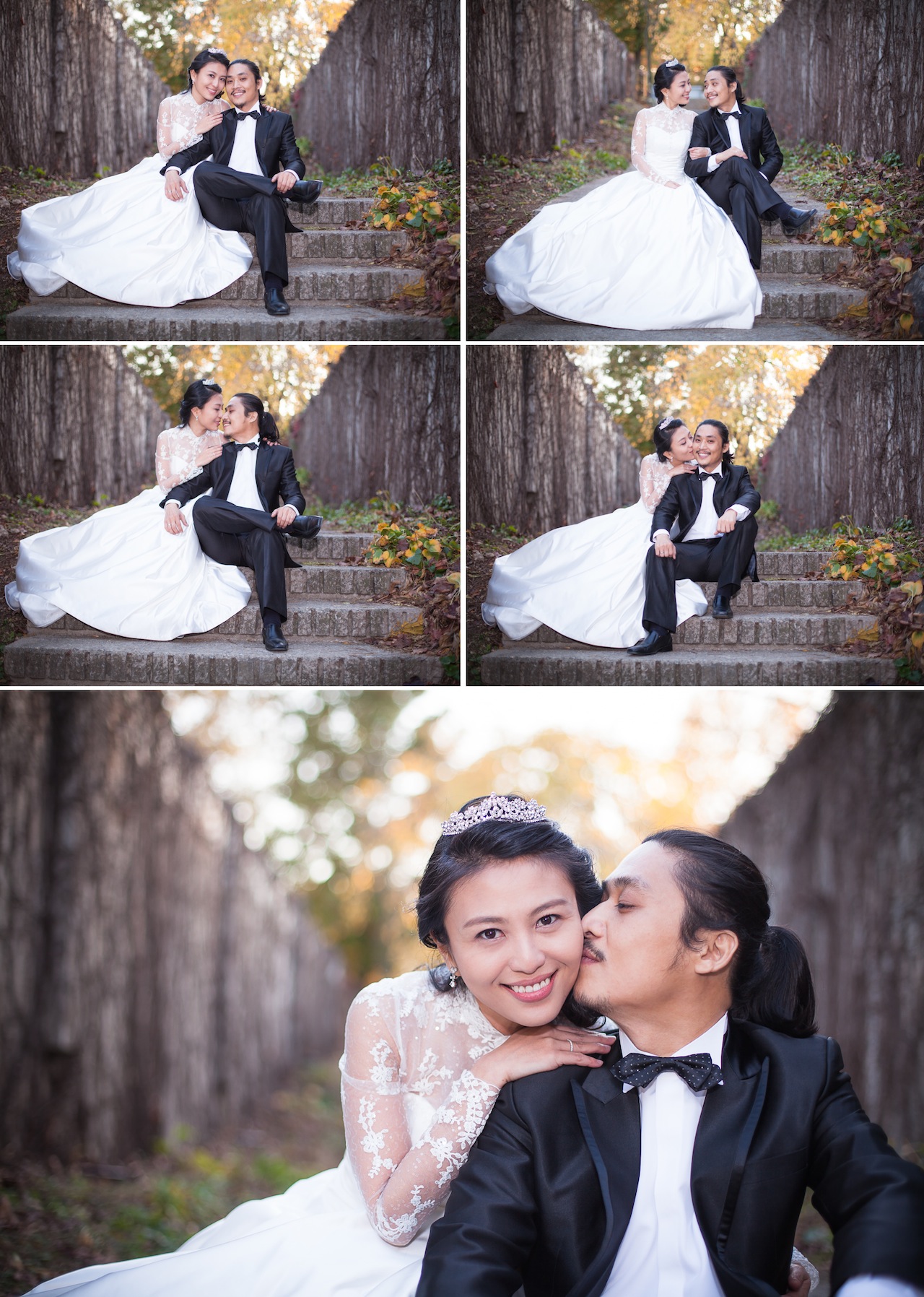 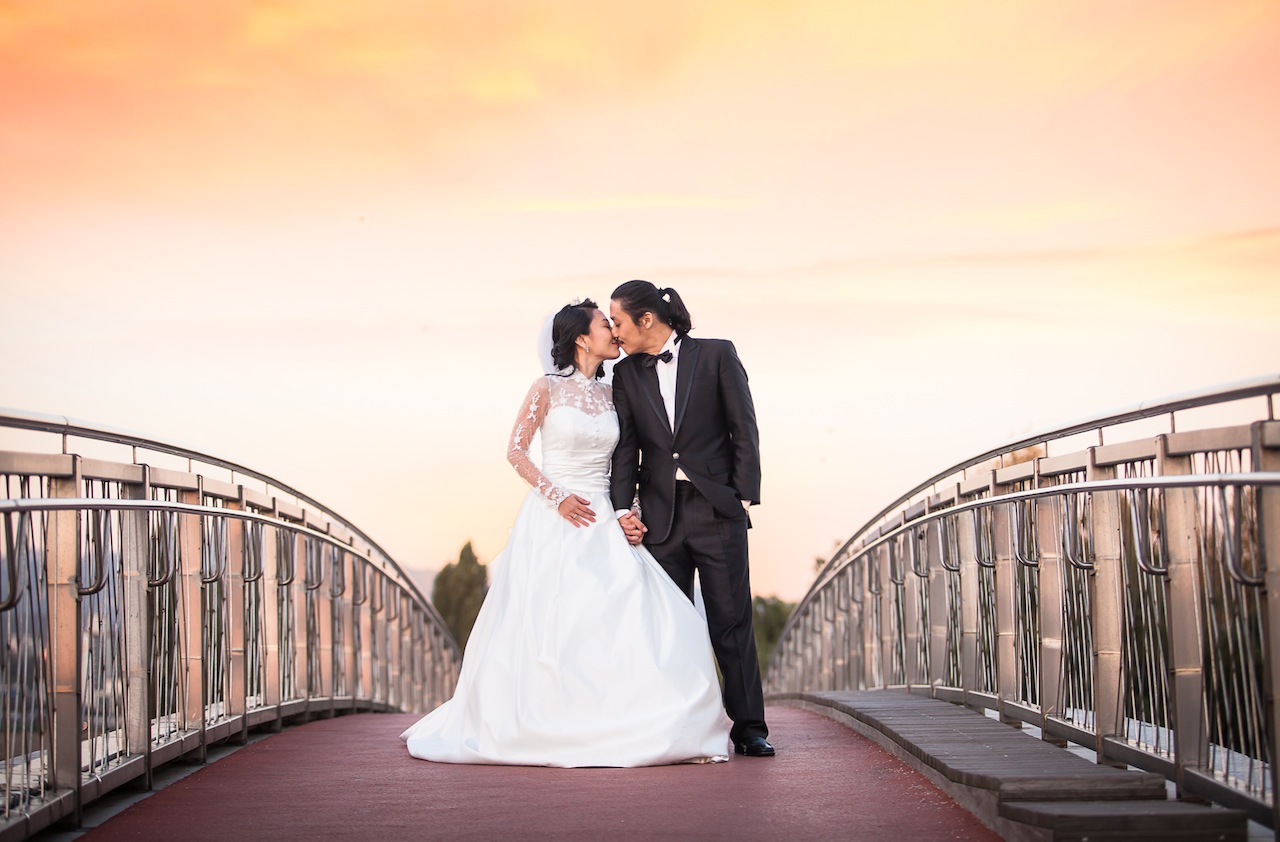